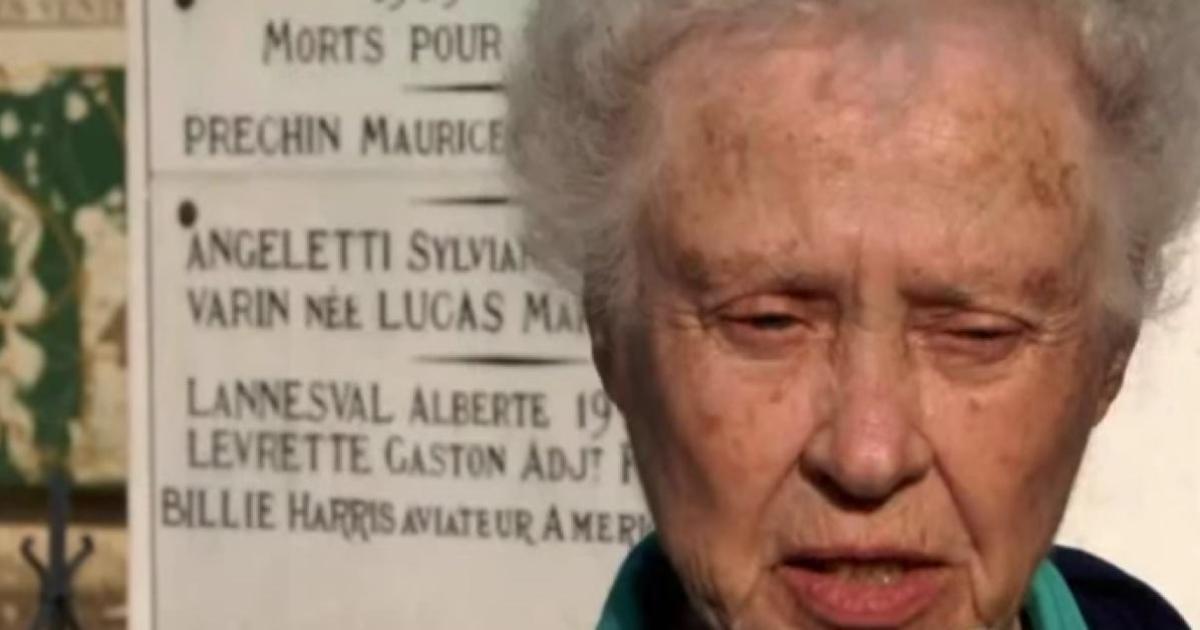 Peggy Harris is an older woman from Vernon, Texas who has spent her life trying to make the best of what life has given her.

But behind her warm smile, a deep sorrow has haunted Peggy since she was a young woman.

This story starts in 1944, when Peggy met Billie, a handsome 22-year-old pilot. The pair immediately fell in love and got married.

But what should have been the beginning of a lifelong love story soon turned into a nightmare.

Peggy and Billie were married in 1944. They were still teenagers and looked forward to starting a life together.

They made plans and shared their dreams, but they had no idea how drastically their lives were about to change.

Just six weeks after the wedding, Billie was sent off to Europe, where World War II was raging in full swing.

Peggy was afraid, but she knew that Billie had to do his duty.

Peggy soon lost all contact with her beloved Billie. She spent her days and nights worrying about her husband.

Weeks and months went by without any news from the other side of the Atlantic. Peggy didn’t hear a sound from either the military or Billie.

Eventually the war ended, but Peggy still had no idea whether her husband was dead or alive.

She tried to move on with her life, but Peggy couldn’t let go of the idea that Billie might one day knock on the front door and yell “Honey, I’m home!”

Years passed and Peggy’s grief and anxiety hung like a heavy shadow over her life.

All hope seemed lost; her beloved Billie was either dead or had simply abandoned her.

Peggy refused to meet other men. Billie was the love of her life and she would never betray him.

Eventually, however, Peggy let go. She was more or less convinced that her husband was dead. Why else would he fail to contact her?

Seventy years after the mysterious disappearance, one of Billie’s relatives decided to find out the truth once and for all.

They contacted the military and managed to access Billie’s files. And while no one was particularly shocked to find out that Billie had died in the war, the circumstances around Billie’s death were surprising.

According to Army data, Billie died in 1944, six weeks his wedding with Peggy. His aircraft was attacked in Normandy and Billie crashed it near the village of Les Ventes, France.

Witnesses said that Billie had managed to avoid crashing his fighter plane into a residential area. He was a true hero!

When Peggy heard the story of how her husband had died, she was sad, but also relieved to finally know the truth.

She felt that she had to go to France to visit her husband’s grave.

When Peggy arrived in the French village of Les Ventes, she was overcome with emotion.

Her husband turned out to be quite respected in the town. They even named a street named after him.

And if that weren’t enough, three times a year, the townspeople celebrate the brave American pilot who fought for their liberation and paid the ultimate price.

A 91-year-old man who witnessed Billie’s crash told Peggy about the event in his own words.

The man and some friends were the first to arrive on the scene. They took care of Billie’s body and gave him a proper burial.

In the 70 years since, the townspeople have gathered at Billie’s grave to honor their hero.

Billie’s remains were eventually transferred to a cemetery in Normandy, but his burial place in Les Ventes is still there as a way to honor him.

During her visit, Peggy took the opportunity to thank all of the strangers who cared for her husband’s memory over the years.

At one point, a veteran said to her, “If only I was able to help.”

Peggy’s response was profound but simple: “You did.”

After her first visit, Peggy has returned to Les Ventes every year to honor Billie and the villagers.

They are extremely proud to have her there, and in many ways, Les Ventes is as much a home for Peggy as Texas is.

See more of this touching story in this video:

I must say that this really is an inspiring tale of love, sacrifice, and courage.

Billie fought for what he believed was right and did everything in his power to protect innocent lives.

Peggy remained true to the love of her life even though she knew he would probably never return to her.

People certainly have the ability to show their best side even in humanity’s darkest hour. Even in war, true love and courage always shines through!

Please share this amazing story on Facebook so that more people can pay tribute to Billie and the countless other brave souls who gave their lives so that we might live in peace and freedom.