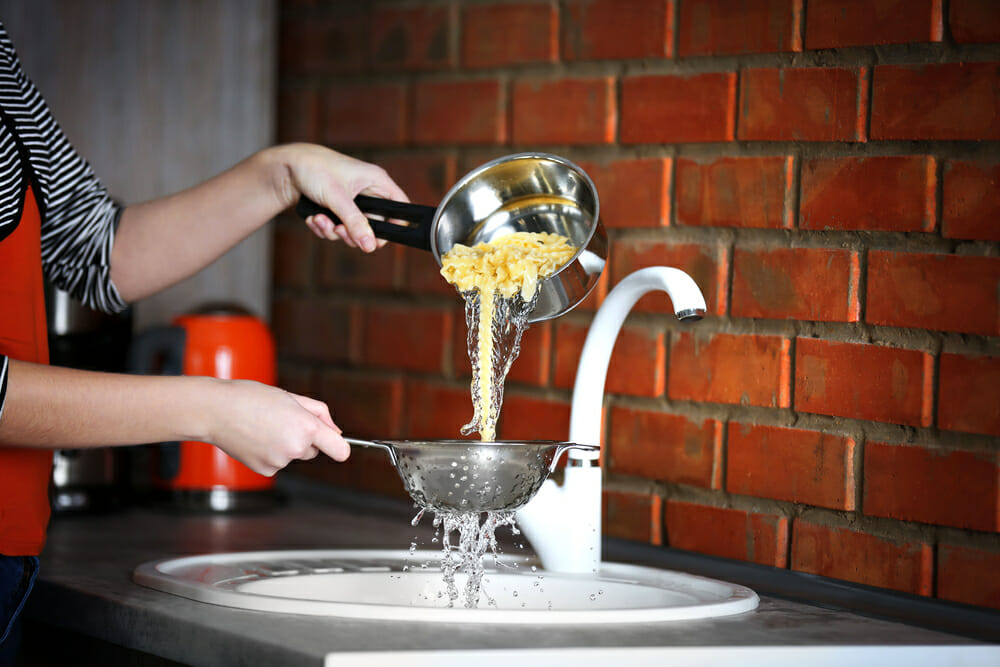 You may have a genuine reason, you may just do it because it seems like the right thing to do; chances are, you drain the water down the sink after cooking pasta.

I’ll hold my hands up and admit I’ve done it ever since I was little. After all, what else are you going to do with it?

Of course, I might change that practise after learning that draining the water you’ve used to cook pasta is actually a bad idea. Why? Well, let me tell you …

I’m sure I’m not the only one who’s been ignorant up until now, but, according to Bon Appetit, the cloudy pasta water actually has a very useful purpose.

They say that the water – which they refer to as “liquid gold” – actually enhances the sauce that will accompany your pasta.

You see, during the cooking process, the starch from the pasta seeps out into the water, giving it that classic murky appearance. Obviously, since the water appears to carry a taint, almost all of us drain it away down the sink before we eat the pasta.

However, it turns out that’s a whopping, giant waste. As per Bon Appetit, the liquid is perfect for emulsification, which results in a silky smooth sauce with ideal consistency.

To put it in plainer terms, emulsification can make a big difference to the way your sauce holds up and tastes. It actually binds the oil and water together, meaning you won’t be left with a watery puddle at the bottom of your plate/bowl.

Simply adding a small amount of pasta water to your sauce can thicken it, providing a good alternative to flour, cornstarch, cream and the like, all of which can flavor your dish if you add too much.

So, the next time you’re making pasta, why not try saving the water and adding it to your sauce. I’ve done it at home and I can say it certainly made a difference!

Didn’t know this? Don’t worry, we didn’t either.