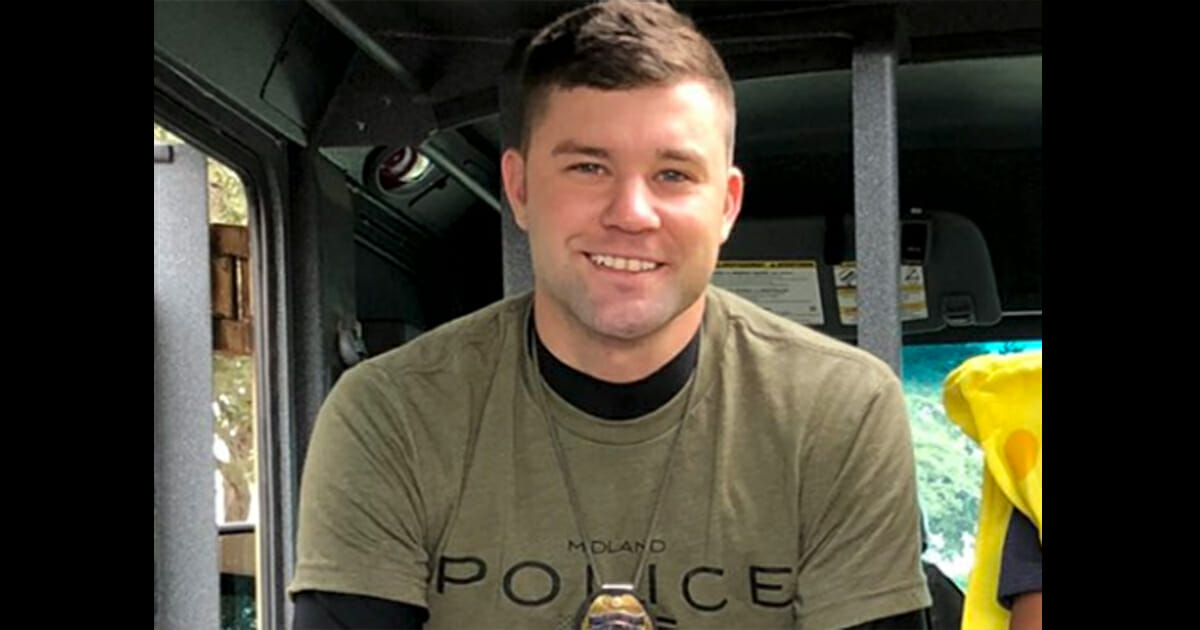 People are rallying to support Midland Police Officer Zack Owens, one of three members of law enforcement injured in a shooting rampage in Texas which claimed the lives of seven people.

An interstate traffic stop on Saturday afternoon resulted in gunfire being exchanged with the police, culminating in a rampage wherein the suspect hijacked a mail carrier truck and left a bloody trail in his wake as he fired at random.

A statement from Odessa Police told how the suspect had fired “at innocent civilians all over Odessa.”

Owens was shot multiple times in the line of duty. Odessa Police Chief Michael Gerke confirmed there had been at least 21 civilian shooting victims.

This is my son- in laws cousin. He was shot several times trying to stop the shooter today.Medical Fund for Officer Zack Owens
https://t.co/9VTT5B7rg9

Abigail McCullough, a family member of Owens’ who set up a GoFundMe Page, said the officer was hit multiple times “in the line of duty during an active shooter situation.”

“Please keep Zack in your prayers as we don’t know the outcome of the situation at this time,” she added.

a special request of prayers for officer Zack Owens. he is family and needs all the support he can get through his recovery. he is a hero. Love you roomie ❤️ pic.twitter.com/CUApxaH8Yh

According to McCullough, Owen was shot multiple times in the arm and hand. He was also struck by glass shards that hit him in the eye.

Owens’ fundraising page has – at the time of writing – raised $66,500 of a $65,000 target, with messages of support and praise for Officer Owens’ bravery flooding in.

“Officer did what most couldn’t and that’s stand between our city and the devil himself,” one donor on the GoFundMe page commented, adding, “and he was seriously injured for it. Figure helping out to get him patched up won’t hurt.”

We’re wishing Officer Owens a swift recovery, and keeping him and all the other victims of this mindless violence in our prayers.

Please help us by sharing this article on Facebook to pay tribute to Owens’ bravery!