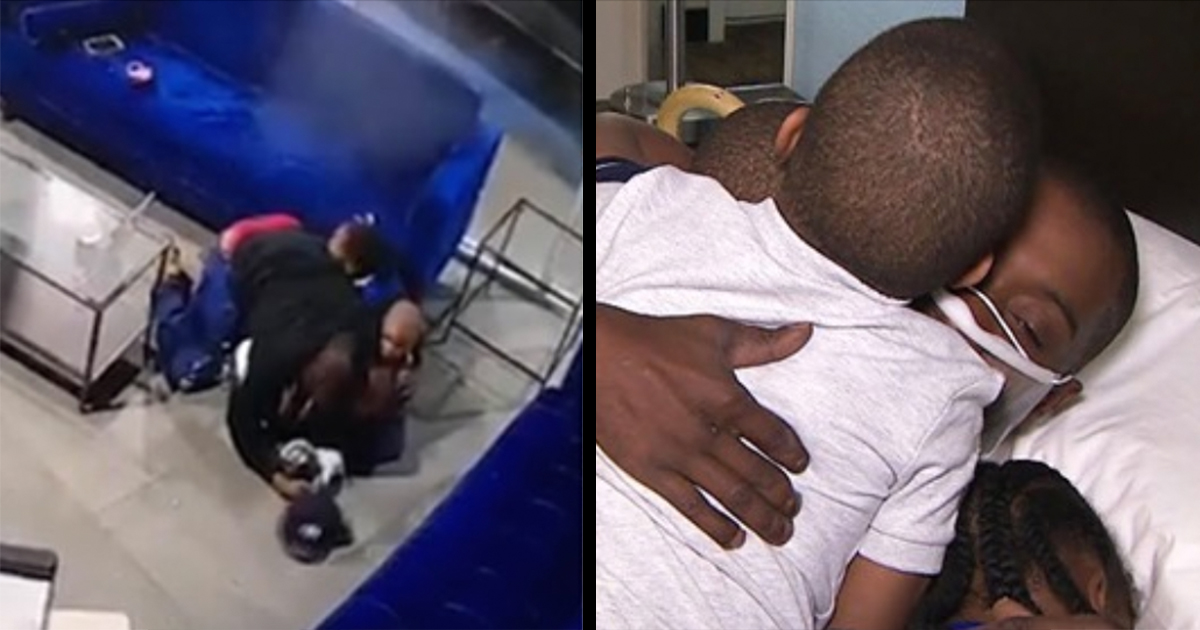 A heroic father who risked his life to save his three children from gunfire has lost both of his jobs as a result of no longer being able to walk.

As per reports, Anthony Jefferson had taken his three young sons to a car dealership in the Bronx, New York to buy a car for his wife.

His plan was to surprise her for her upcoming birthday, but instead he found himself in a life or death situation when three armed suspects entered the building and began to fire.

Anthony’s three kids, aged 2, 5, and 6, were sitting on a couch together when the shooting started.

Multiple shots were let off at a man inside the dealership, who returned fire before the three assailants fled the scene.

Anthony, meanwhile, went into auto-pilot, pushing his young children onto the floor and using his body as a shield to protect them.

Security footage of the incident shows Anthony bravely putting himself in harm’s way. Reports state he was shot three times in the process and his children have been left extremely traumatized.

He was rushed to hospital and survived the ordeal, though he now finds himself facing a challenge of an altogether different nature.

Anthony works a professional painter and construction worker, but can no longer work due to the extent of his injuries. His family have set up a  GoFundMe page to help with their medical bills and therapy.

What a hero Anthony truly is. I can’t stomach the idea of him now being left penniless and struggling for saving his children.

If you want to help Anthony on the road to recovery, you can donate via the GoFundMe link.

Otherwise, share this article to send love and prayers where they’re needed.