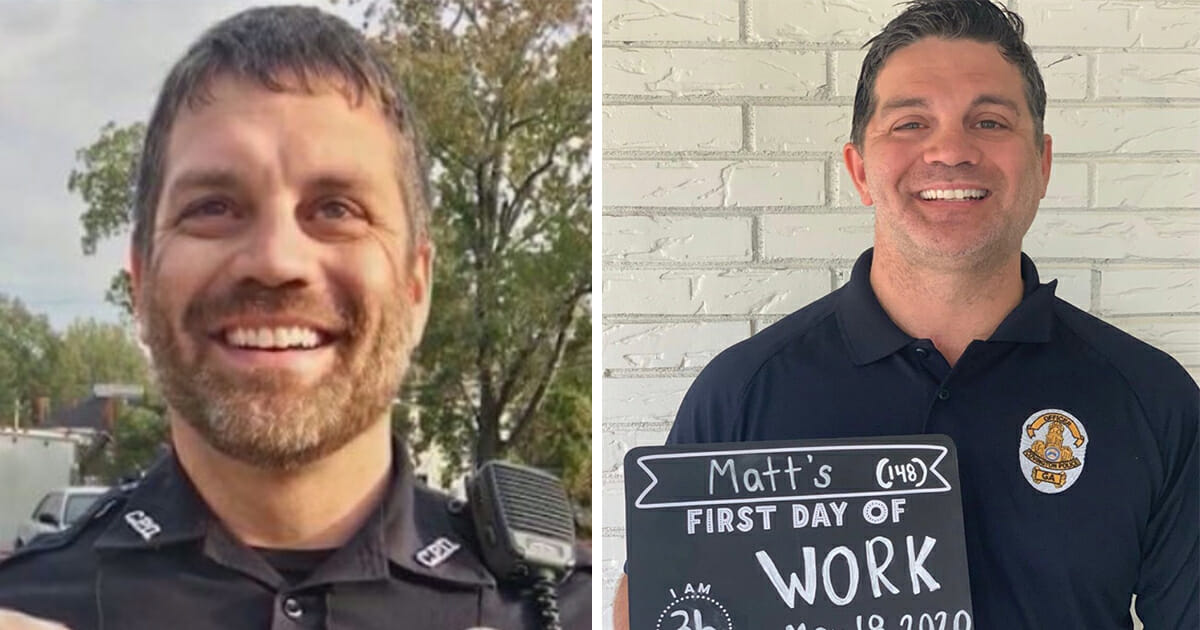 A police officer shot in the head on duty in 2018 has completed his recovery and made an astonishing return to work, as per reports.

Covington Police Department, of Covington, Georgia, shared the fantastic news that Office Matt Cooper was back on the job via their Facebook page  on Monday.

Cooper and a sergeant were called to a Walmart on September 3, 2018 to respond to a shoplifting call. Two suspects were taking into custody in the parking lot but a third fled the scene.

Cooper and the sergeant pursued him, both heading in different directions. The sergeant later said he heard two gun shots and found Cooper down.

Officer Cooper, an Army vet, was rushed to the Atlanta Medical Center and then transferred to Grady Hospital. He had been shot in the head by the third suspect, who went on to take his own life.

Since the Labor Day shooting, Cooper has been on a tough recovery trail including brain injury rehabilitation. Fortunately, though, this officer is made of stern stuff indeed.

After returning home, Officer Cooper had the honor of throwing the first pitch in an Atlanta Braves game, and he’s now completed the biggest milestone of them all: returning to service.

His community, meanwhile, are naturally thrilled.

Indeed! Congratulations, Officer Cooper, and thank you for your continued service.