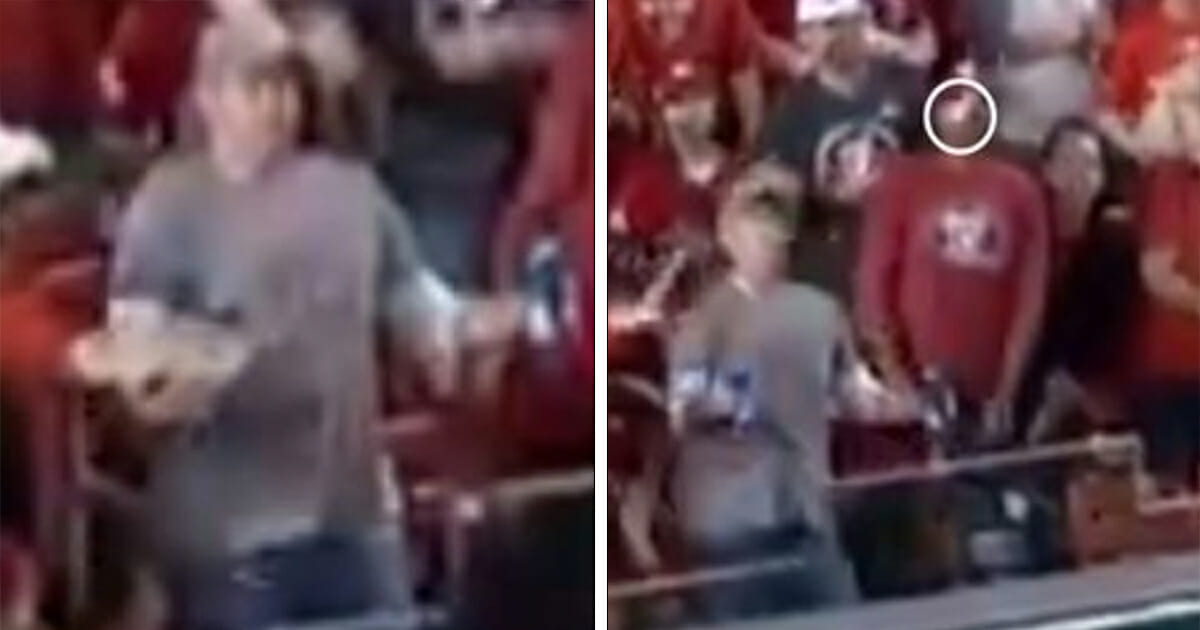 The world may not celebrate them as much as they should, but we beer lovers know the true value of a Beero.

As the old saying goes, not all Beeros wear capes, a fact proven beyond all doubt by the actions of a sports fan at a recent baseball game.

The man in question was drinking two beers simultaneously (I like this guy already) when he realized there was a home-run coming straight for him.

Now, this is where it gets brilliant. Rather than dropping a beer to save himself from what could only be a painful experience, the Beero took the ball in his gut.

The dedicated fan was present to watch the Washington Nationals take on the Houston Astros in the World Series this weekend.

During the game, Astros’ batter Yordan Alvarez hit a home run, one that soon found itself flying into the stands.

Enter Two-Beer Man, who can clearly see the ball coming towards him and still makes the wise decision to do sweet f-all about it.

After the impact, the man can be seen puffing his cheeks out in pain, though he soon took to trying to find the ball.

Beeros don‘t come much more steadfast than this guy! We think he deserves his heroic deed out there.