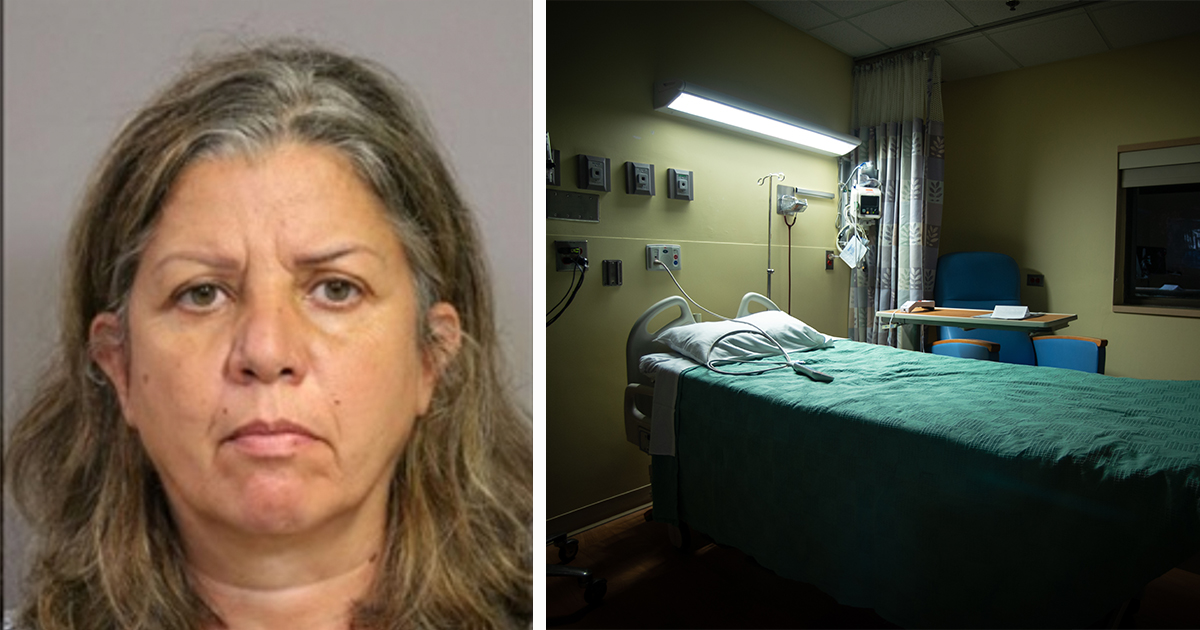 When we reach the latter stages of our life – that period wherein we can perhaps no longer do everything for ourselves – we all want to know that we will be taken care of.

I don’t know about you, but having the peace of mind that comes with knowing a trained professional is looking after my elderly parents or grandparents goes a long way.

Which is why it’s so truly disturbing when one hears tell of caregivers abusing their position and tormenting or, in worse cases, physically hurting their charges.

Sadly, this is a more common occurrence than many people realize. In recent times, hidden cameras have sometimes been able to catch these vile offenders in the act, recording them dealing abuse or harassment to the very people they’re supposed to be taking care of.

That was fortunately the case recently, when one such camera captured a “caregiver” hitting a 91-year-old bedridden woman over 150 times over the course of 4 days in Costa Mesa, California.

Costa Mesa Police revealed yesterday that they had arrested 50-year-old Roma Abikaram on suspicion of elder abuse. Abikaram, who was a friend of the unnamed victim’s family, was hired as one of two caregivers back in 2015.

They were supposed to provide 24-hour care for the 91-year-old, who is confined to a medical bed at her Costa Mesa home.

Reports state that the second caregiver grew concerned for their patient’s welfare after spotting visible injuries on her body. She told the family of the victim, who installed a hidden camera to monitor what was happening.

Gathered footage showed the extent of Abikaram’s abuse, with her victim being struck 150 times over a 4-day period. Corresponding medical reports detailed injuries to the 91-year-old’s face, including swelling and a black eye, as well as a laceration on her arm.

Abikaram was arrested at her home on September 1, and will now hopefully face justice.

I can’t begin to imagine how someone would get pleasure from hurting another, let alone someone as defenceless and in need of help as this 91-year-old woman.

I can only hope that the offender is met with the justice she deserves. Share this article if you agree.