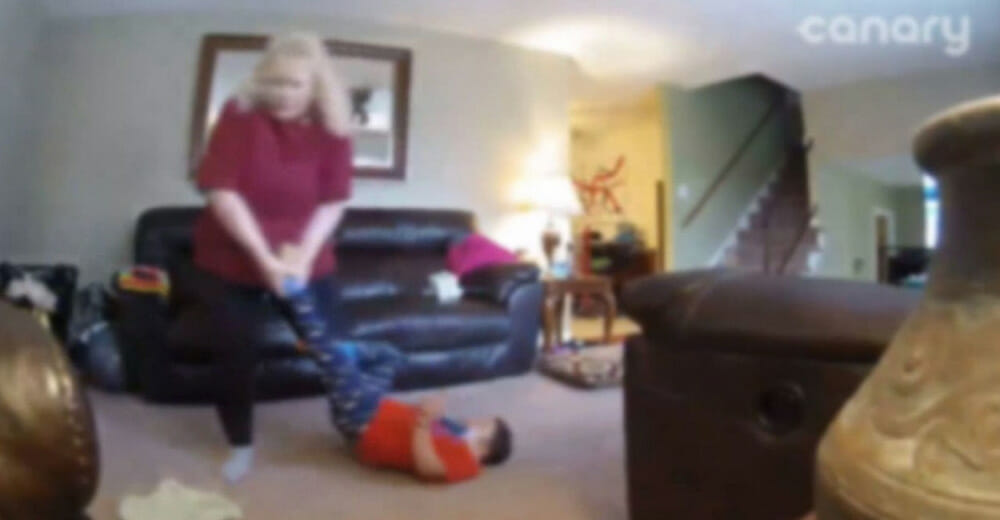 Babysitters and nannies are commonplace in countries all over the world. After all, it’s not unusual these days for both mothers and fathers to hold down full-time roles in addition to their responsibilities as parents.

For the most part, the people who look after our children when we’re not around are caring individuals, those who have a passion for nurturing the next generation and giving them all the love and attention they require.

Sadly, that’s not always the case. Despite careful vetting the wrong kinds of people can slip through the net, not only those who care little for their young charges, but also those who draw some sort of morbid pleasure from neglecting or mistreating them.

In response to this, some families have hidden cameras set up in their home so that they can record what’s going on. The Fields family, from Lexington, KY, did just that, and they ended up horrified with what they captured.

As per reports, their son Luke, who has Down syndrome, epilepsy and a heart condition, was being cared for by a nanny named Lillian D. White.

The family decided to watch back footage from the very first day after their camera had been installed, and they were left dismayed.

The hidden camera appears to show then-4-year-old Luke being dragged across the floor. White also shoves him to the floor and sits on his chest, going well beyond what anyone would consider acceptable behaviour.

Fields family attorney, Dale Golden, said: “It was very troubling. As you can imagine, the parents are in shock.”

He continued: “The real tragedy about this case is that Luke was unable to communicate with his parents.”

Luke’s mom noticed that he wasn’t acting like himself and so installed the cam to see what was happening when she and Luke’s father weren’t around.

After they watched the footage and reported the incident to the police, White was arrested and charged with criminal abuse. She pleaded not guilty in court, but was ordered by the judge not to have any contact with Luke or his family.

Watch the shocking footage unfold below:

It sickens me to think there are people out there who would actively seek to cause distress to any child, let alone one who has disabilities like Luke.

Parents should always be vigilant when leaving their little ones with people they don’t know or completely trust.

Share this article to raise awareness. Hopefully we can work towards stopping incidents like this once and for all.