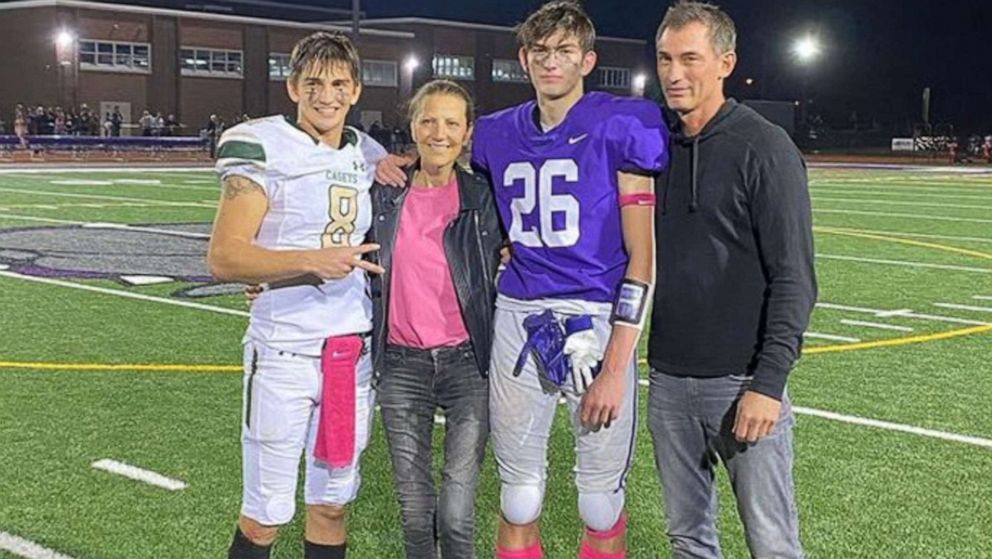 There are few things more difficult to imagine when we’re young than losing our mother or father.

Put simply, the majority of us spend the early years of lives expecting that our parents will be around forever. They were here long before we arrived, and they’ll continue to be here long into the infinite future.

High schooler Alex Brown knows that better than most.

According to reports, Alex lost his biggest fan to cancer just one day before his high school playoff game.

As per GoodMorningAmerica, Michelle Brown had been fighting breast cancer for a decade. Her fight ended recently on November 11.

Alex wrote on social media: “Today I lost my best friend, my teacher, and my mother. My mom had been battling breast cancer that had spread throughout her body for 14 years, she was never supposed to make it this long, but through love and her insane strength she fought. I love you mama. Rest In Peace.”

As it happened, the very next day after her passing, Alex took to the field to play as the varsity quarterback at Red Bank Catholic high school in New Jersey.

Despite the obvious grief and pain he was going through, the high schooler registered an unbelievable eight touchdowns as he led his team to a stunning victory.

Speaking after the game on Monday night, Alex said: “Even when you struggle with something as hard as that.

My heart goes out to Alex Brown. I’m sure you’re mother would be extremely proud of you.

Do you know what it feels like to lose a parent? If so, tell us about it in the comments box on Facebook.

Meanwhile, share this article on Facebook if you, too, want to send prayers and well wishes in Alex’s direction.