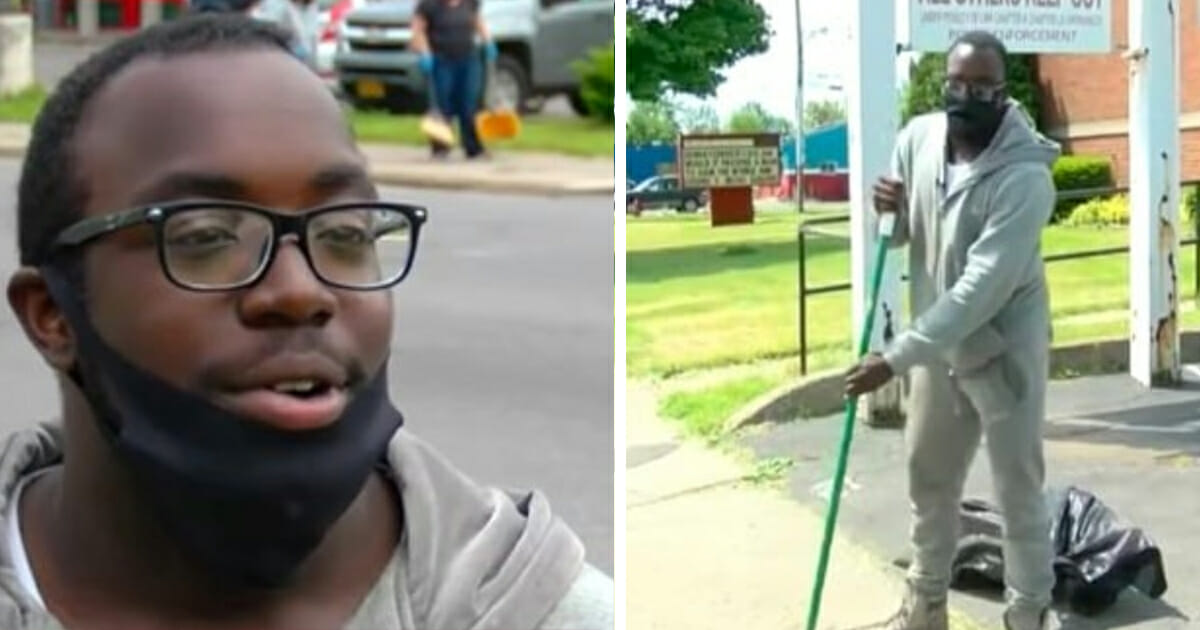 The 18-year-old who spent 10 hours cleaning up a street in Buffalo, New York in the aftermath of protests on Monday night has been gifted a scholarship, as well as a new car and insurance.

As per reports, Antonio Gwynn was watching an early morning Facebook Live of police activity. He said he was left “disgusted” and knew that he had to take action. The high school senior left his home at 2 a.m. and began cleaning Bailey Avenue.

“I felt disgusted. My nerves were bad. They’re destroying a city that could actually be very beautiful,” the 18-year-old said, after witnessing the destruction of his town.

It was a full eight hours before others joined the effort, and Antonio was rightly praised on social media after his work made the news.

Well, it would appear that Lady Karma also had the teenager in her sights, as Antonio has now received a reward he is truly deserved of.

Matt Block heard about what Antonio had done and decided to gift the young man his 2004 red convertible Mustang.

“I couldn’t come to grips with selling it and this was a good way for me to get rid of it and know someone that gets it is going to appreciate it,” Block said, as per WKBW.

“The car he sent me a picture of was the same exact car that my mom first got me. It’s the same color, same everything,” said Antonio.

Not only that, but Briceland Insurance Agency, of Williamsville, New York, will be covering Antonio’s insurance for one year.

And the great news doesn’t stop there. Antonio said he’s been offered a full ride to Medaille College in Buffalo.

“I literally stopped, pulled over, and started crying. So did my great aunt. My little cousin did also,” he explained.

Antonio’s initial plan had been to attend a trade school and save up for college. Now, however, he can study business and mechanics on the side, with the aim of opening up his own repair shop.

“I always wanted to be someone to help everyone with their car problems. This is a great opportunity I have right in front of me,” the 18-year-old said.

Stories like this just warm my heart. This young man certainly deserves all the good things coming to him!