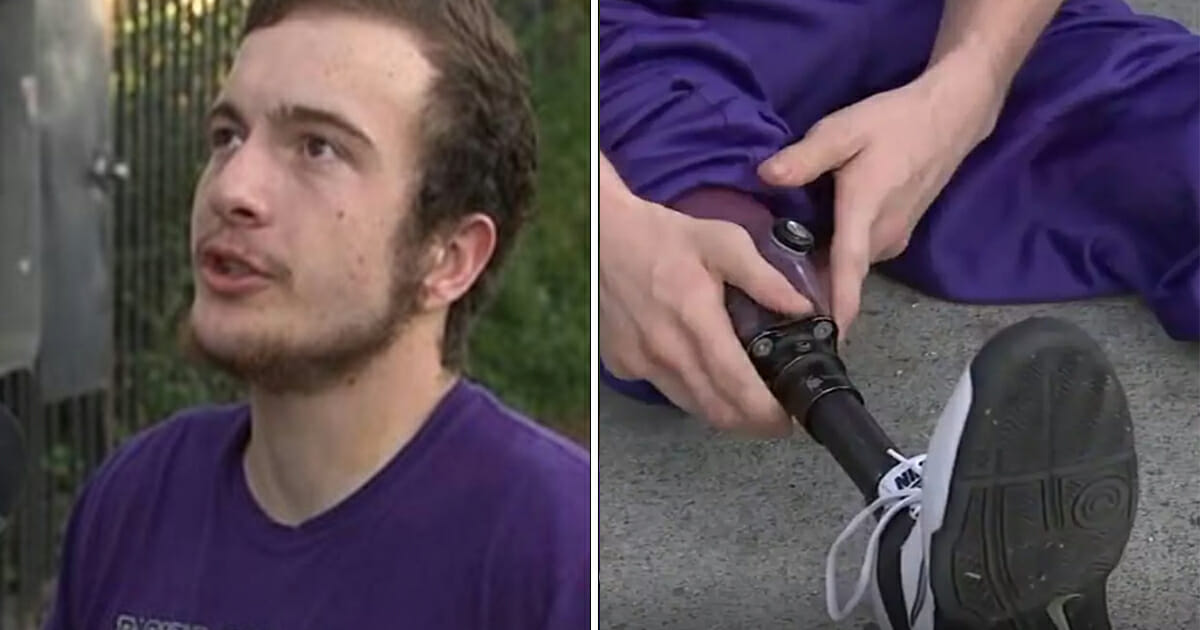 A Californian teenager’s high school wrestling career is in jeopardy after his prosthetic legs were stolen.

According to reports, Brett Winters, a senior at Pacific High School in San Bernardino, was in line to become the captain of his high school team this year.

Winter was born without tibia bones and had to have his limbs amputated aged just eight months. As a double amputee, he’s had to rely on prosthetic legs to enable his participation in wrestling. Without them, he’s finding it impossible to compete.

Winters has different pairs of prosthetics depending on what activity he’s doing, but the ones he uses for wrestling have vanished without trace.

He’s tried to practise without them, but doing so presents problems of its own.

He explained: “Right now, practising? It hurts to even practice.”

This year marks the last chance Winters will have to win a state championship, not to mention the fact that he won’t even be able to compete with the prosthetics.

“I was planning on going to CIF this year again or possible state championships and winning it all, but I can’t because my wrestling legs are gone,” he said.

As per reports, one of Winters legs has been recovered, but the other is still missing. The San Bernardino City Unified School District has offered to replace the prosthetics, but it’s unlikely they’ll come in time for the new season due to the lengthy nature of the process.

“I don’t know if I am wrestling at all this year,” he said.

Brett, I sincerely hope you get your missing prosthetic back in time for the new season.

I can’t imagine how bitter a blow it must be to battle through everything Brett has, only to have your dreams crushed by a callous thief.

Share this article to get the word out. Perhaps together we can help recover Brett’s missing leg.