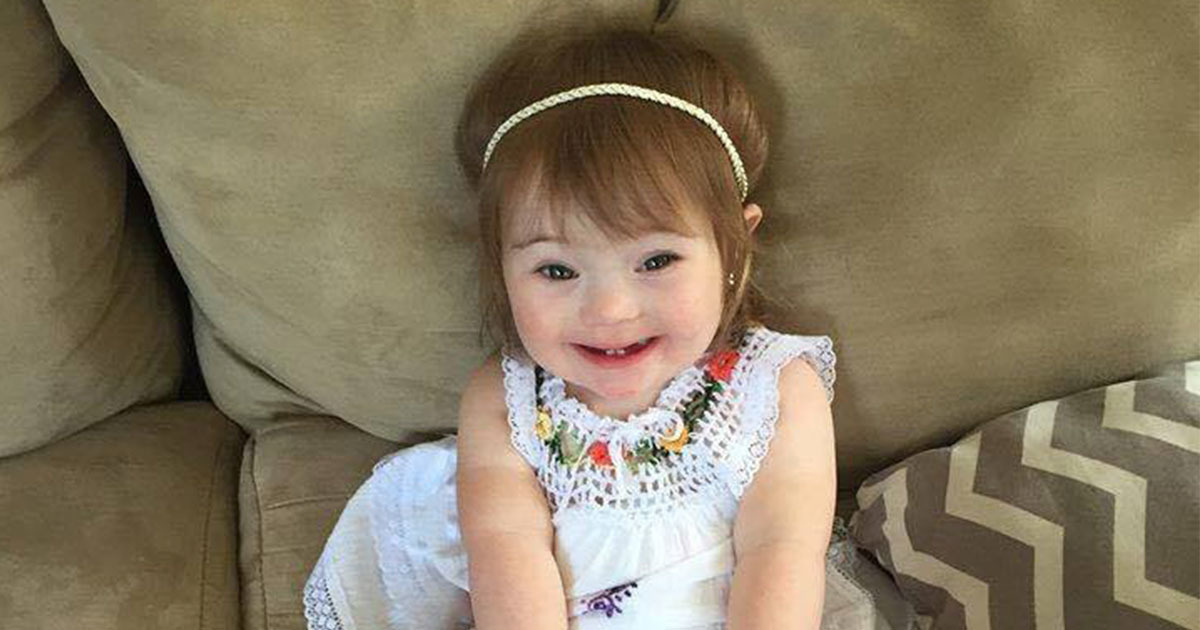 When everyone at the lunch table was joking about a “retard” at a Halloween party, one man couldn’t take it any longer. He stood up for his daughter with Down syndrome and showed the world that there are still strong people out there who are willing to speak up for others and make a difference.

Sooner or later, we all end up on the listening end of an ugly conversation, but not all of us dare to speak up when something feels wrong. Dustin Daughtry, the father of a toddler, was having lunch with about 15 of his coworkers when one of them started telling a story that just enraged him.

Dustin’s colleague told the group about a Halloween party he had been to over the weekend, where his brother dressed up as “retard,” to say the word the man used.

“The guy says ‘OMG, my brother came to the party and had the best costume. He went as a RETARD! Oh man, it was hilarious! He was awesome. He looked like such a good retard!'”

Several of Dustin’s coworkers laughed out loud, while some sat in silence. Dustin, who found it difficult to keep quiet but pretended to go along with it, asked the man what he thought a “retard” looks like.

The man replied that he didn’t know, but that his brother had the perfect costume.

The laughter continued and Dustin took out his phone and showed everyone a picture. It was a photo of his daughter, Raegan, who has Down syndrome.

“So, I’m sure you can imagine that I don’t appreciate this costume conversation. I’m just wondering, is she what a retard looks like, to you?” Dustin asked them.

Stunned, the guy who told the story excused himself, while everyone else told Dustin that they thought his daughter was cute.

Dustin went home and told his wife, Shannon, who shared the story on Facebook. Shannon said that she wasn’t going to share it at first, but in order to let the world know how much words hurt, she hopes she to encourage people to choose their words carefully.

Dustin raised his voice to right what he thought was wrong. And hopefully at least one person has learned his lesson.

Please share this story to help get people to think before they speak and be kinder to each other.