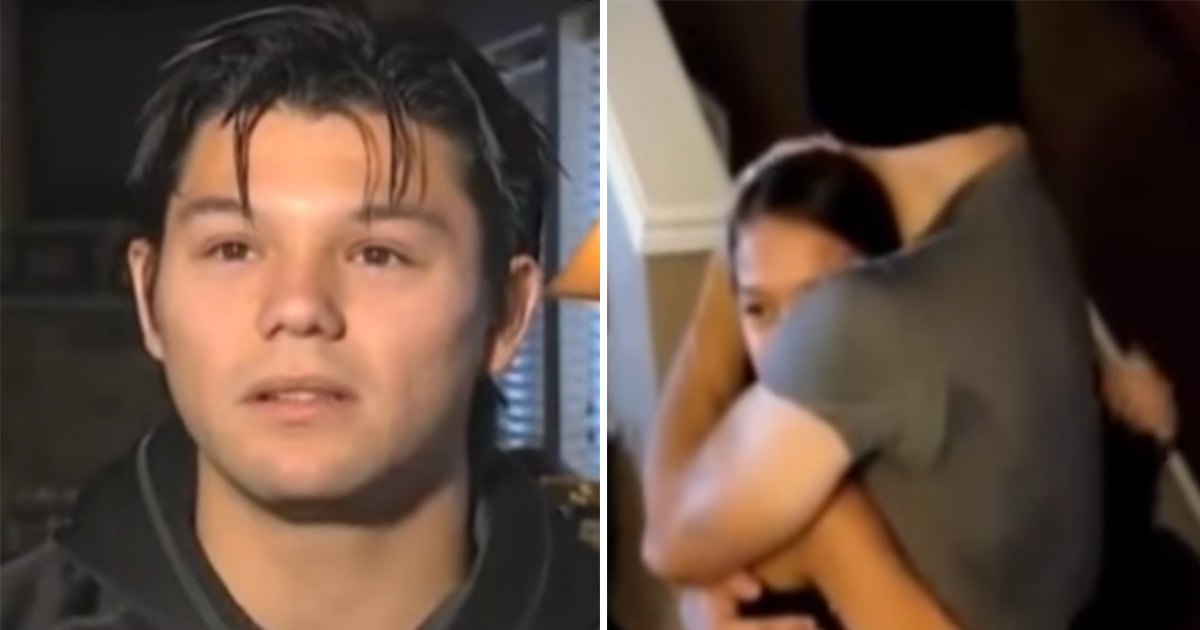 Unfortunately, not everyone gets a happy start to life. And whether it’s due to alcohol, drugs, a lack of money, physical violence or mental abuse, it’s heartbreaking to see little children be affected by their parents’ shortcomings.

But we should never forget that things can always change for the better. Like in the story of this teen, who was kicked to the curb by his foster family—before a familiar face from childhood came to the rescue.

Logan’s childhood was anything but happy. When he was a toddler, he was given up for adoption by his biological mother. All he wanted was a loving family, and he thought he found one in his new home. But one day, his life was turned upside down again.

Logan’s adoptive family no longer wanted him and sent him to live in foster homes until he was 18 years old. Then on the day he turned 19, Logan was too old for the foster home system and was forced to go out on his own—without a place to live or anyone to call family.

Logan was heartbroken. He had nowhere to sleep but in his car. And he didn’t care if he had to live in a cardboard box or a castle. He just wanted to be a part of a family. So Logan decided to contact his biological sister. And that one phone call changed everything.

Logan’s sister had also been given up for adoption, and after Logan called her, she took him to meet her new family. Logan spent several evenings with his sister’s adoptive parents and they grew to like him more and more. And in the end, they knew what they needed to do.

The family took Logan into their family and treated him as their own son. And even though Logan is an adult, the family wanted to make it official. So they went to court and adopted him.

At last, Logan had a real family—one that loved him and he loved back with all of his heart.

“It felt strong. It felt in place. It felt home. Now, I’m a kid who can say that he has that now and is gonna make sure that he takes good care of it and loves it every day,” Logan says.

Logan’s story made me tear up. After all he went through, in the end, he got what he wanted: a family that loved him for who he was.