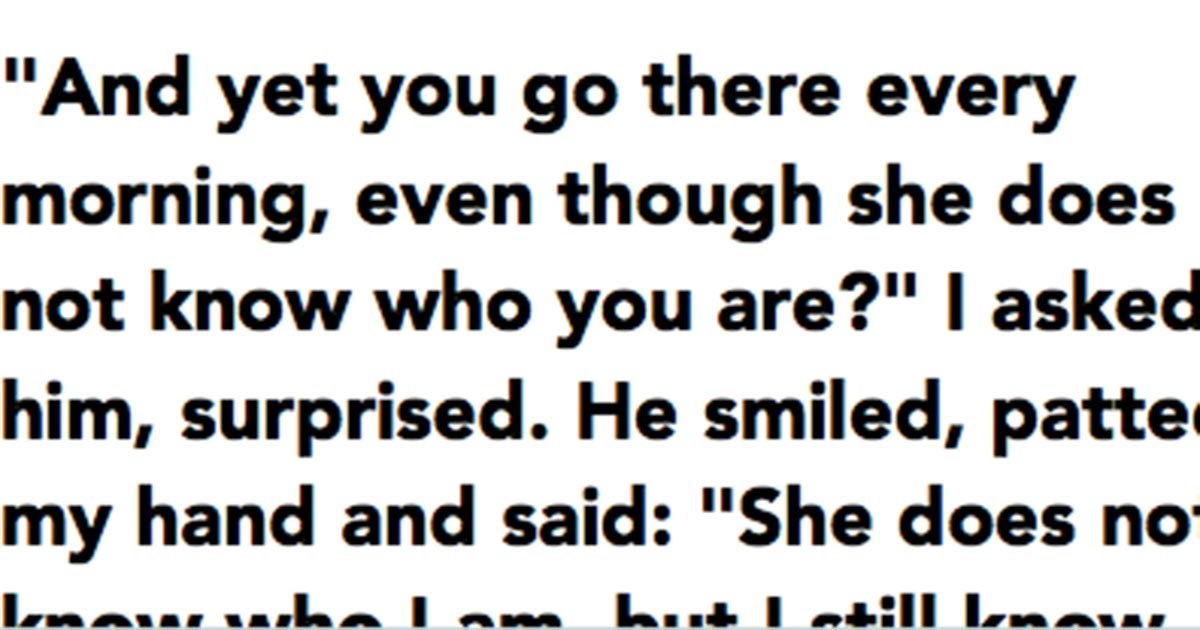 I related to this story on so many levels. The issue it highlights has similarly affected someone in my own family so the story really hit close to home. While the story is without doubt very sad, its conclusion was beautiful and uplifting, and makes this well worth the read.

It was a busy morning at the clinic where I work. At about half past 8am, an elderly gentleman in his 80s came in to have stitches removed from his thumb. He stressed that he was in a hurry as he had a separate meeting scheduled at 9:00am.

I took his info and asked him to sit down and wait, as it would take an hour or so before someone could see him. The man looked nervously at his watch so I decided instead to treat him before the next patient was scheduled.

After verifying that his wound had properly healed, I spoke with one of the doctors, fetched the tools I needed to remove his stitches, and took care of his wound.

I asked him if the meeting he had was very urgent as he appeared so stressed. He told me he had breakfast plans with his wife at the nursing home where she lived.

I asked about her health — that’s when he told me that she had been living in the nursing home for a long while because she was suffering from Alzheimer’s disease. When I was finished with his thumb, I asked if his wife would be worried if he was late. He told me that she no longer knew who he was. In fact, she had not recognized him in five years.

“And yet you go there every morning, even though she does not know who you are?” I asked him, surprised.

He smiled, patted my hand and said:

“She does not know who I am, but I still know who she is.”

I had to hold back tears when he went out. I had goosebumps everywhere. And I thought to myself, “that’s the kind of true love I want to have in my own life.”

I could not agree with the nurse more. No matter what diseases our loved one suffer from, true love prevails.