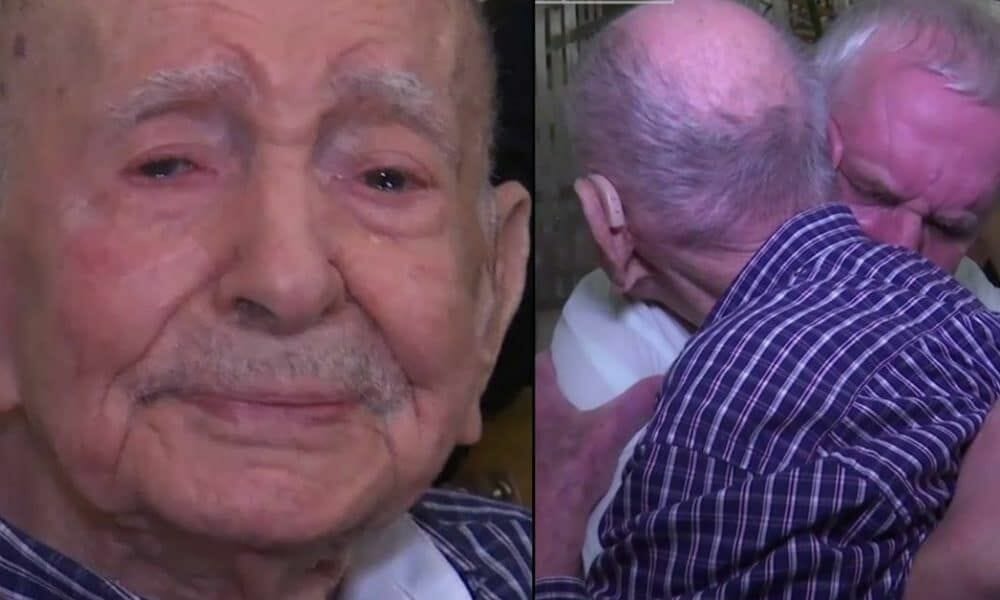 With just one word you can evoke any number of feelings ranging from fear and sorrow to anger and rage.

Millions of innocent lives were systematically extinguished from existence.

Children were ripped from their mothers, elderly men and women were sent to death camps, vulnerable people were subjected to horrific experiments. Anyone with the ‘wrong’ opinion was tortured or killed, often both.

The Holocaust. A dark blot on the history of the world.

In 1939, 24-year-old Eliahu Pietruszka was living with his family in Warsaw, Poland.

When World War II broke out and the Nazis invaded Poland, Eliahu fled to the Soviet Union. He left his parents and twin brothers Volf and Zelig – both nine years his junior – behind him.

The rest of his family were deported from the ghetto in Warsaw to the Nazi death camps. As a result, Eliahu believed everyone he had loved had been murdered in the gas chambers.

Convinced of the worst

Yet in the midst of the war, Eliahu received a message from one of his brothers. Volf managed to let him know that he had escaped from the concentration camp he was being kept in.

The brothers kept contact for a time, but tragedy would strike again soon after. Volf was sent by the Russians to a Siberian labour camp, and so, once more, Eliahu thought his brother was sure to die.

“I was absolutely convinced he didn’t live anymore,” said Eliahu.

Eliahu himself went on to live and marry in Russia. He concluded that his entire family had been wiped out by the terrible atrocities committed in the war. In 1949, he moved to Israel to start a new life. He often thought about the family he had left and his heart was a constantly open wound – how could the world contain such evil?

Decades passed … and then a miracle occurred.

A few months ago, Eliahu’s grandson, Shakhar Smorodinsky, received an email from a cousin in Canada who had been researching her family tree. He had looked at Yad Vashem’s website; a database containing pages of testimony from some of the Jewish victims of the Holocaust.

The cousin soon discovered something amazing. In the database there was a testimony from Volf, dated 2005.

It turned out that Eliahu’s brother had survived the Soviet labour camp after all. He had settled in Magnitogorsk thereafter, an industrial city in the Ural Mountains. He worked as a construction worker for the remainder of his life, and had a child along the way –– a son he named Alexandre.

Shakhar managed to contact Alexandre. He was shocked to hear that he had relatives he had never known about. He agreed to travel to Israel to meet his uncle, Eliahu.

The meeting was extremely emotional for all involved. Eliahu and Alexander embraced each other, both trying, and failing, to fight the tears.

“I have waited for 70 years to see you!” Eliahu told Alexandre. “You’re a copy of your father.”

“I never thought this would happen,” Alexandre said to his uncle.

Sadly, Volf died in 2011, aged 88. He never knew that his older brother had survived the war. Although Eliahu is sad that he never got to see his brother again, he’s delighted with the legacy he left.

“It makes me so happy that my brother left something behind, and that’s his son,” Eliahu continued.

Watch the emotional video below *have tissues at the ready.

Eliahu and Alexandre didn’t know of each other’s existence until just a few months ago. Now, their new bond is an unbreakable thing.

Please share this article if you, too, were moved by this. Never forget the tragedy that was the Holocaust!