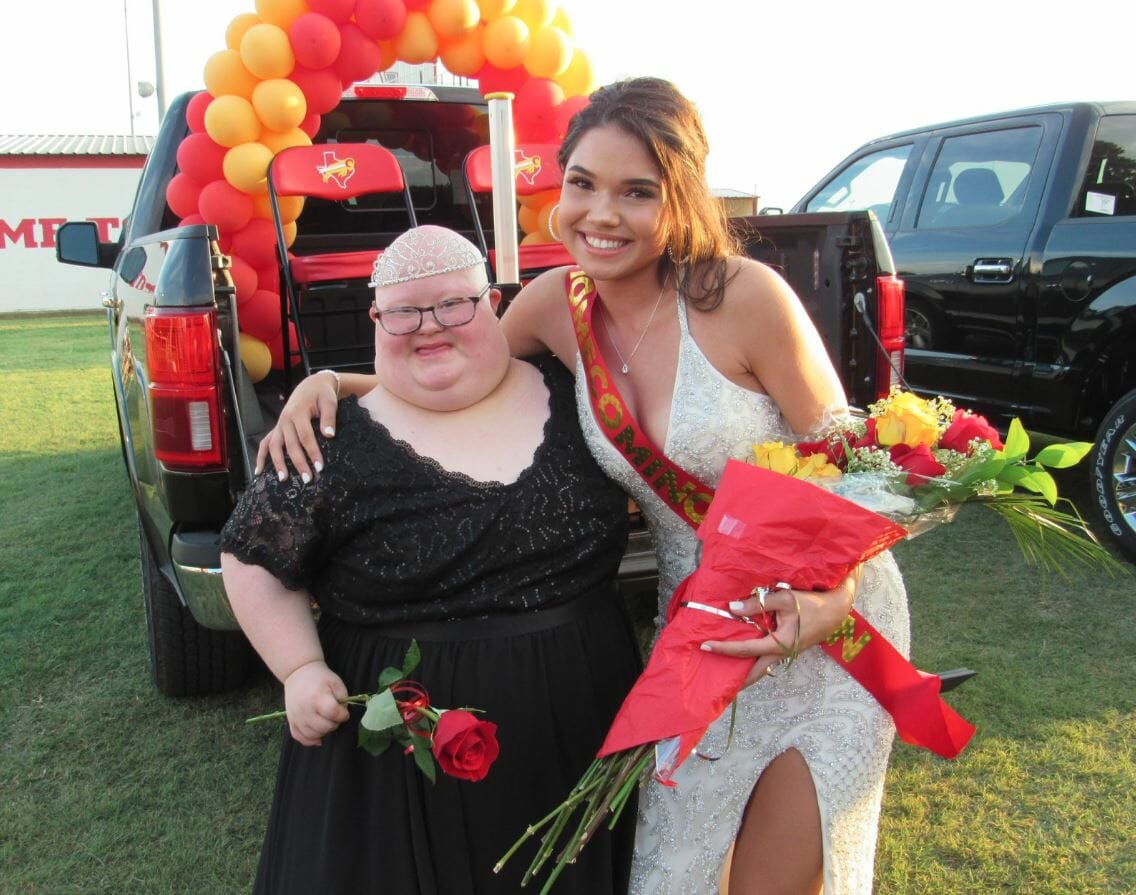 Winning the title of homecoming king or queen can be a big deal for any high school student.

And yet, there are more important things in life, as Trinity Arrington well knows.

The senior was one of two girls nominated to be S&S High School’s homecoming queen last month, but it’s what she did after the winner was announced that’s making headlines.

Seniors Trinity Arrington and Emily Petty were both nominated to be homecoming queen at S&S High School, and, as we well know, there can only be one winner, right?

As per KXII, Trinity explained: “I didn’t think I was going to win. I told everyone that asked me if I wanted to win that I wanted Emily to win, so I told them to vote for her.”

SUPERSTAR OF THE WEEK: There were two queens at a Texas high school after Trinity Arrington shared her crown.#DBLtake #Superstar #Homecoming #Queen pic.twitter.com/P9pRxLJEA5

When Trinity’s name was announced, she was shocked. It turned out, however, that she had an idea.

“I decided to give my crown to my sweet friend Emily because she’s always wanted to be a princess. So I decided she deserved it,” Trinity said.

Trinity and Emily have been friends for almost a year, having met through spending time during lunch in the special education classroom.

“I love her every day,” Emily said.

Trinity continued: “We got to be it together. I think that was the best part for me. She’s always been my queen, she deserved it. It made her happy.”

So sweet! A Texas homecoming queen gave her crown to her friend with special needs!

"I decided to give my crown to my sweet friend, Emily, because she's always wanted to be a princess,” Trinity Arrington explained.

What an amazing gesture from Trinity, and what a beautiful pair of homecoming queens they make!