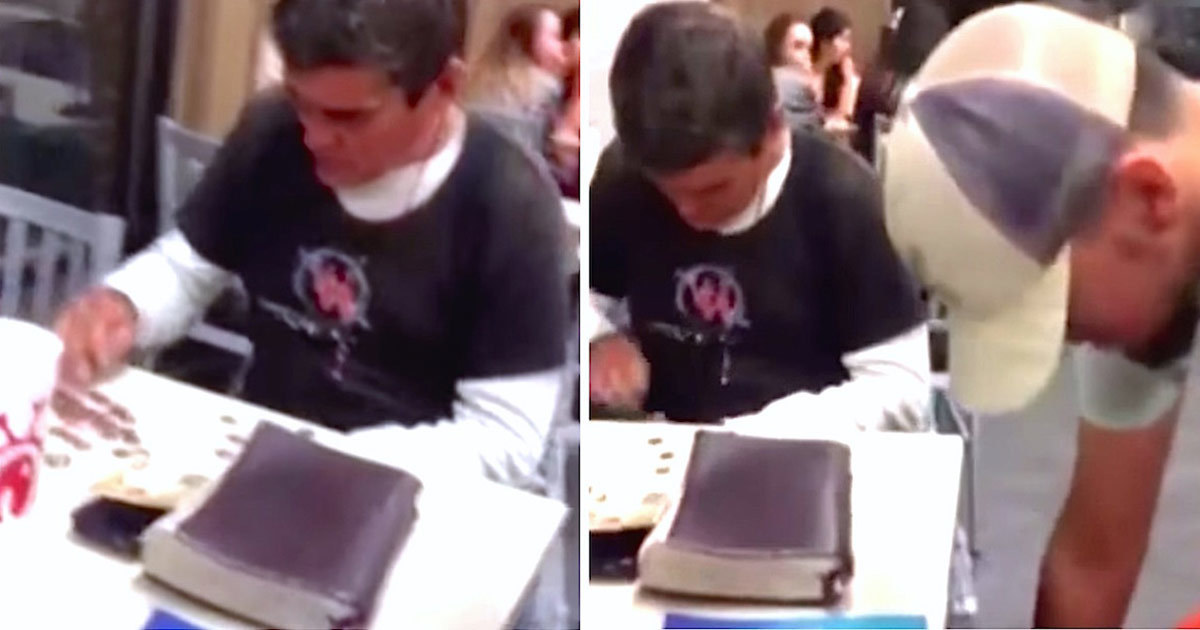 You never know why anyone is where they are in life or how they got there. But you can always extend a hand to a person in need and show them some love instead of just turning your back.

After all, we’re all human—something that three teenagers reminded us in a video that’s currently spreading like wildfire online.

It was an ordinary Sunday. Ryan Cook and two friends stopped by their local Chick-fil-A restaurant in Corpus Christie, Texas, when they spotted a homeless man sitting alone at a table.

The staff told them that the homeless man, Eddie, came in all the time, but he never asked for food—except when his beloved dog, Socks, needed water.

But this time, he was counting coins after coin and struggling to scrap together enough money for a meal.

So the teens decided to act.

They bought a couple of gift certificates so Eddie could fill his stomach, but they didn’t stop there.

They went to the sporting goods store next door and bought a winter jacket, a hat, three shirts, and a first-aid kit. When they told the cashier that the items were gifts for a homeless man, the store donated $20 and a few extra items to the cause.

Then, the three teens returned to Eddie, who was still at his table counting coins.

To Eddie’s surprise, the teens starting pulling stuff out of a bag and explained that it was all for him.

“After we gave him the stuff, he said this is almost like Christmas because he didn’t get anything for Christmas this year. And I said, ‘Just think of it as a late Christmas present,'” Ryan Cook wrote on Facebook.

Ryan also posted a video from the event on Facebook—and in just a few days, his post has received thousands of responses, shares, and comments.

“Just setting an example for everyone else. Be selfless and do good for others, then the world would be a better place for everyone. Felt the need to post this to inform others to do better not to gain anything from it,” he wrote on Facebook.

What generous teenagers! Please help spread their message and encourage more people to try to make the world a better place!