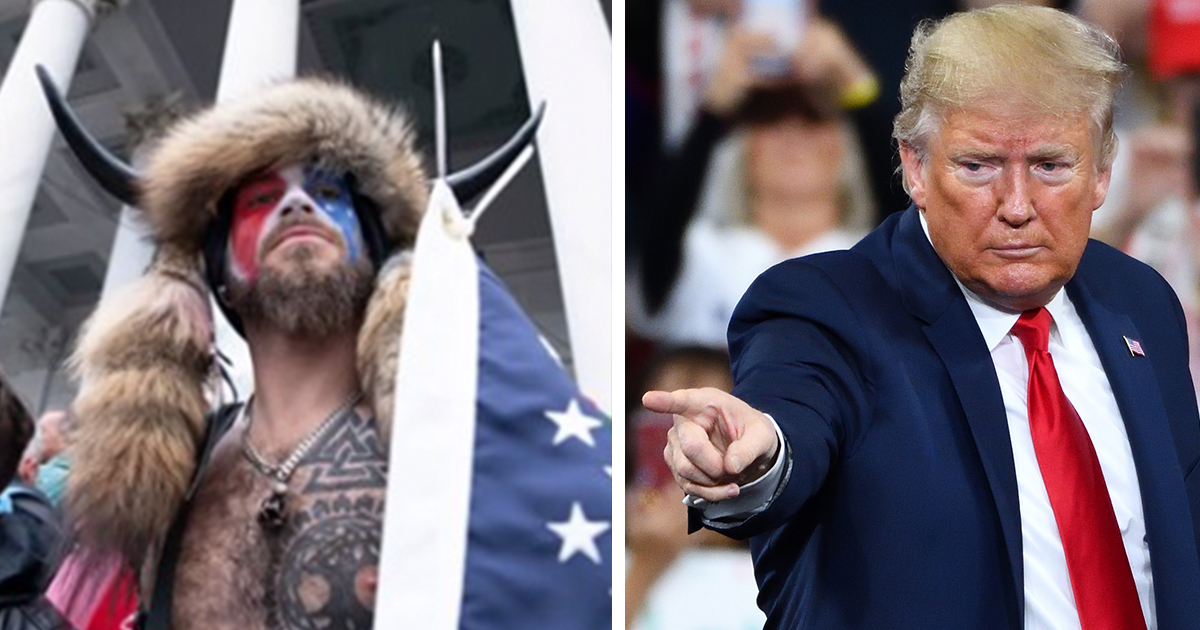 The Capitol Hill protester whose image was plastered on internet sites all across the world last week is asking for Donald Trump to pardon him.

As per reports, Jacob Anthony Chansley, the man who wore the horned helmet while storming the Capitol Building, was taken into custody on January 9.

The 33-year-old QAnon supporter, from Arizona, now wants Trump to issue him a pardon for his crimes, and reportedly blames the POTUS for asking his followers to march on the building.

Thus far, Chansley has been charged with civil disorder, obstruction of an official proceeding, entering and remaining in a restricted building, disorderly and disruptive conduct, violent entry, disorderly conduct in a Capitol and demonstrating in a Capitol building.

Earlier this week, it was claimed that he had gone on a hunger strike of sorts, as the prison he was in refused to serve all-organic food.

The 33-year-old’s lawyer, Albert Watkins, appeared on CNN’s Cuomo Prime Time last night, January 14, and argued why his client might be right in seeking a presidential pardon.

“We should stop calling people fools because we have a large percentage of our population who spend a great deal of time in their lives hanging on every word of President Trump,” he explained.

Watkins also said that his client didn’t technically break into the Capitol Building, as the doors were held open for him. Nor did he assault anyone, carry any weapons, or attempt to mask his identity.

He continued: “He felt solidly in sync with President Trump. He felt his voice was being heard. He loved Trump, every word. He listened to him. He felt like he was answering the call of our president.”

When Cuomo challenged that the doors were only open because law enforcement was being overwhelmed, Watkins countered:

“They listened to those words and those words meant something to them and they had a right to rely on the words of their president that was worldwide, and they did. And now they’re turning around, they’re getting arrested, as well many should be.”

The lawyer then boldly declared: “Trump needs to stand up and own these people. He owes them – he has an obligation to them… [to] give a pardon.”

Needless to say, Cuomo wasn’t happy. The host said: “You want him to pardon the people that broke into the Capitol and killed a policeman and was trying to get to members of Congress?”

“My role is not to judge somebody,” Watkins replied. “My role is to be an advocate. If there’s one iota of a chance that the guy who is the president of our country who invited everybody down Pennsylvania Avenue will give my client a pardon, you know what, I’m going to do it.”

I don’t personally see how this man, or any other who stormed the Capitol Building, has any right to a presidential pardon. Do you?

Share this article if you believe all those who rioted at Capitol Hill should face justice relevant to their crime.