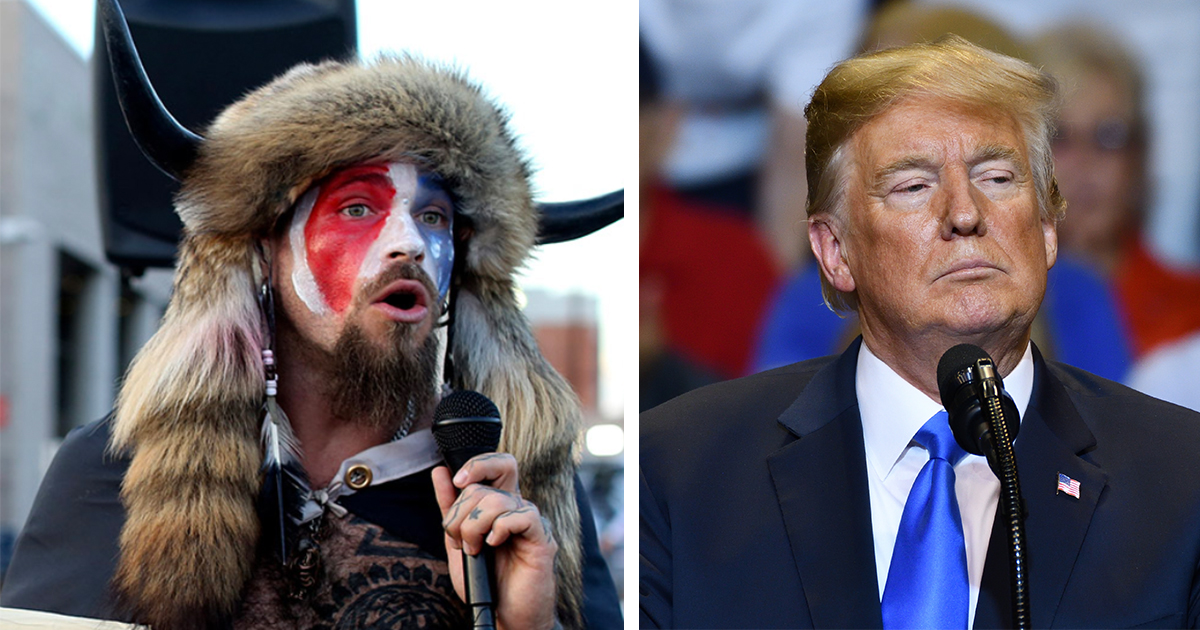 Horned hat rioter Jacob Chansley, arrested after being part of an angry mob which stormed the U.S. Capitol, says he’s willing to testify against Donald Trump at his impeachment trial.

Images of the ‘QAnon Shaman’ with his painted face wearing a fur covered horned hat dominated reports covering the insurrection of the U.S. Capitol on January 6.

The 33-year-old, also known as Jake Angeli, was arrested for his involvement in the violent attack which left five people dead, more than 50 police officers injured, and forced lawmakers to barricade themselves into their offices for fear of their lives.

He was charged with civil disorder, obstruction of an official proceeding, entering and remaining in a restricted building, disorderly and disruptive conduct, violent entry, disorderly conduct in a Capitol, and demonstrating in a Capitol building.

His lawyer said Trump should give him a pardon which was followed by reports that the Arizona native had disowned the former president saying he felt ‘cheated’ by him.

“[Chansley] regrets very, very much having not just been duped by the president, but by being in a position where he allowed that duping to put him in a position to make decisions he should not have made,” his lawyer told KDSK.

Now the horned protester, who served in the U.S Navy, says he’s willing to testify against Trump at his impeachment trial.

For the first time in history a U.S. president has been impeached twice, this time for abusing power and obstructing Congress, with many people believing Trump incited the violence which led to the deadly events in Washington DC on January 6.

Chansley’s lawyer Albert Watkins told AP he was originally “horrendously smitten” by Trump, but after he didn’t hand out pardons for those who took part in the riots, “he felt like he was betrayed by the president”.

According to court records, Chansley said he came to Washington DC “at the request of the president that all patriots come… on January 6”.

Many believe Trump – who denies the charges against him – will be acquitted at the end of this trial because his party controls the Senate.

I hope all those involved in the unprecedented violence on a building which is at the heart of our democracy are punished accordingly. Please share.