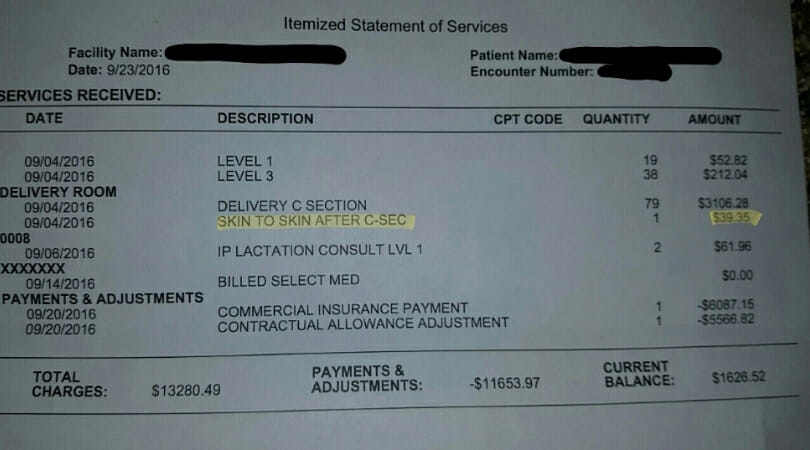 Anyone living in the U.S. will be all too aware how much hospitals can and will sting you financially.

Yet there are few who won’t be surprised with a recent bill shared by one new father on Reddit.

New dad Ryan Grassley’s post went viral for outing a hospital bill given unto him just after his baby was born. On it a charge of $39.95 was included for “skin to skin after C-sec”.

Yes, I know, what the actual h***. Ryan’s wife Linda received a bill for cuddling with her own son.

A representative from Intermountain Healthcare, which includes Utah Valley Hospital in Provo, Utah, where Linda had her C-section, said the hospital charge is to ensure the safety of both mother and newborn.

The representative couldn’t comment on specifications, but tried to clarify the charge was for an additional caregiver who would maintain the “highest levels of patient safety”.

Yes, again I know, that sounds borderline insane. Evens so, the parents have stated they were satisfied with the hospital staff on the whole and that the actual birth was “great”.

Dad Ryan also joked that he was starting a GoFundMe Page to raise the $40 needed to pay the charge.

And, if you needed any reminder that our country’s hospital bill system is ludicrous, here’s a video of folk from the UK reacting to how much things cost:

Can you imagine being charged to have skin-to-skin contact with your young one?