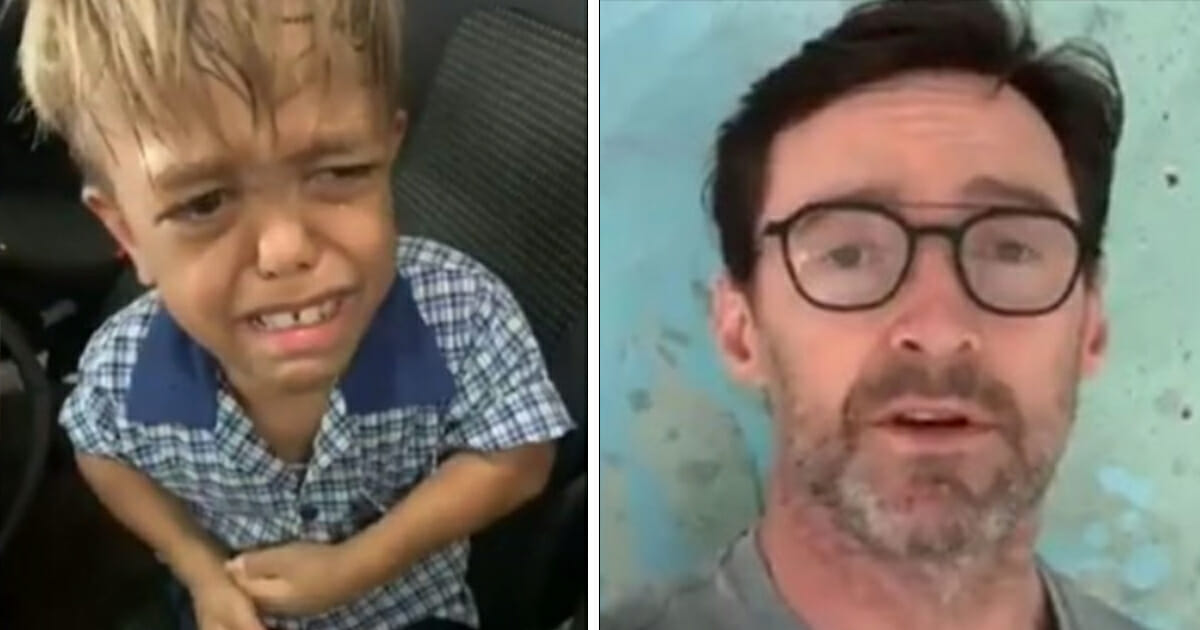 Quaden Bayles stole the hearts of the world yesterday when a video his mom shared to Facebook garnered viral attention.

The gut-wrenching clip showed 9-year-old Quaden, who has from dwarfism, crying and saying he wanted to die, having been tormented by bullies because of his condition.

The video, which has been seen by more than 10 million people in less than a day, highlighted an issue many have faced in their lives, reinforcing the need to raise continued awareness as to why bullying is such a serious problem.

Fortunately, thousands of people flooded the internet with messages of support for Quaden. Comedian Brad Williams, who has the same condition as the young boy, started a fundraiser to enable Quaden and his mom to fly from Australia to Disneyland, Florida. That fundraiser has already surpassed $200,000.

And Williams wasn’t the only celebrity to step forward in support. Actor Hugh Jackman posted a message to the distraught Quaden, telling him he was stronger than he knew.

The 51-year-old, famous for his movie roles, said: “Quaden, you are stronger than you know mate, and no matter what, you’ve got a friend in me.

“So, everyone lets please be kind to each other, bullying is not OK.

“Life is hard enough, so let’s remember, every person in front of us is facing some kind of battle, so let’s just be kind.”

“What I want you to know is that you have friends, me included.

“You haven’t met me yet, but we’ll see if we can change that for one.”

The support for Quaden has thus far been overwhelming. We only hope we can keep this positive trend going.

Share this article to show you stand with Quaden. Let the world know that bullying will not be tolerated under any circumstances.