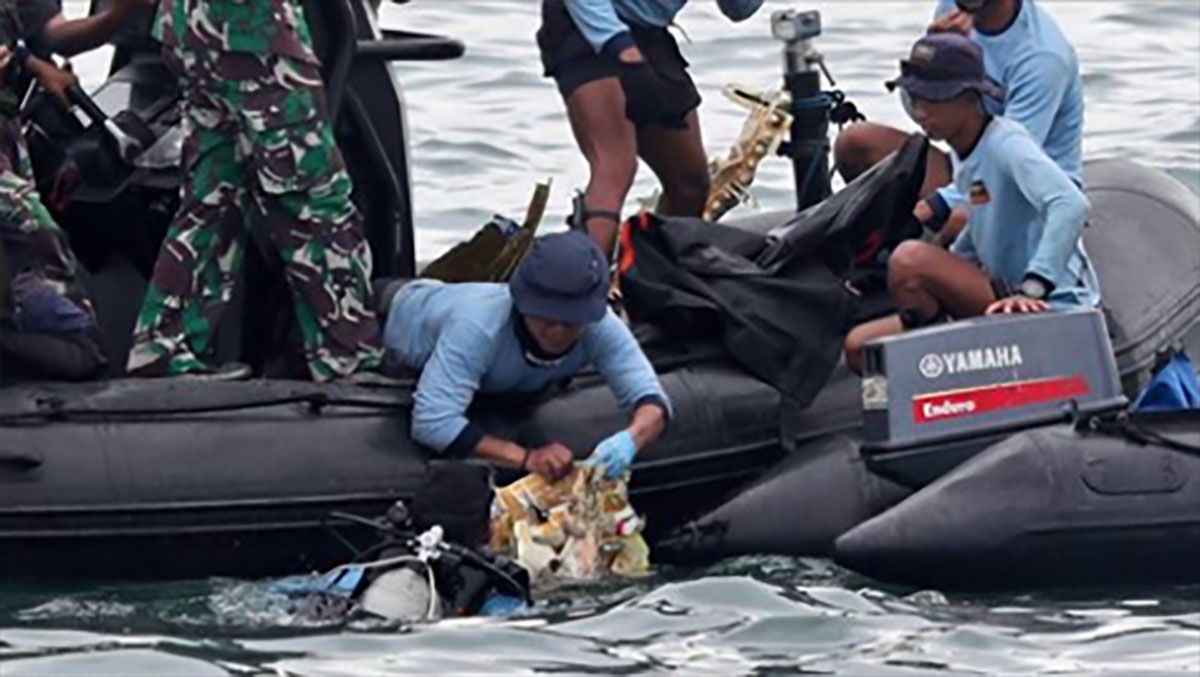 Human remains have been recovered at the site of the plane crash in Indonesia as well as the plane’s black box flight recorder, officials have said.

The 43 adults and 7 children as well as 12 crew members were on board the plane when it fell 10,000 ft crashing into the ocean, amid heavy rain, just four minutes after taking off on Saturday.

Search and rescue operations are continuing to work around the clock and officials announced Sunday evening they have located the plane’s black box flight recorder and obtained communications data, as reported by CNN.

On Monday, police named the first victim of the crash as Okky Bisma, a flight attendant on the plane, who was identified by his fingerprints, as per Reuters.

The Boeing 737-500 was traveling from Jakarta to Pontiak when is crashed into the ocean. Indonesian Transport Minister Budi Karya Sumadi said divers have now found human body parts, pieces of clothing and scraps of metal.

Yusri Yunus, a spokesperson for Jakarta Police, told Metro TV: “We’ve received two bags, one with passenger belongings and the other with body parts.”

Almost 30 ships, five helicopters and two airplanes from the Indonesian Navy, Police, Coast Guard and Transportation Ministry are working together in the search between the islands of Laki and Lancang.

On Monday authorities said their efforts to recover bodies, the Cockpit Voice Recorder and Flight Data Recorder were being hindered by debris in the water.

At this stage it’s thought the plane was traveling at high speed and was fully intact when it hit the water.

“The plane speed when it hits the water is very high, but of course, we have to wait for the investigation to say more about this,” Indonesian National Transportation Safety Committee Chief Suryanto Cahyono said.

Police have collected 40 DNA samples from relatives of those on board to help identify the remains.

He said: “I represent the government and all Indonesians in expressing my deep condolences for this tragedy.

“We are doing our best to save the victims. We pray together so that the victims can be found.”

My heart goes out to the families of those who lost their lives in this devastating tragedy. Rest in peace.

I hope the search parties involved can conclude their efforts swiftly and help bring some closure to the relatives of those on board. Please share.