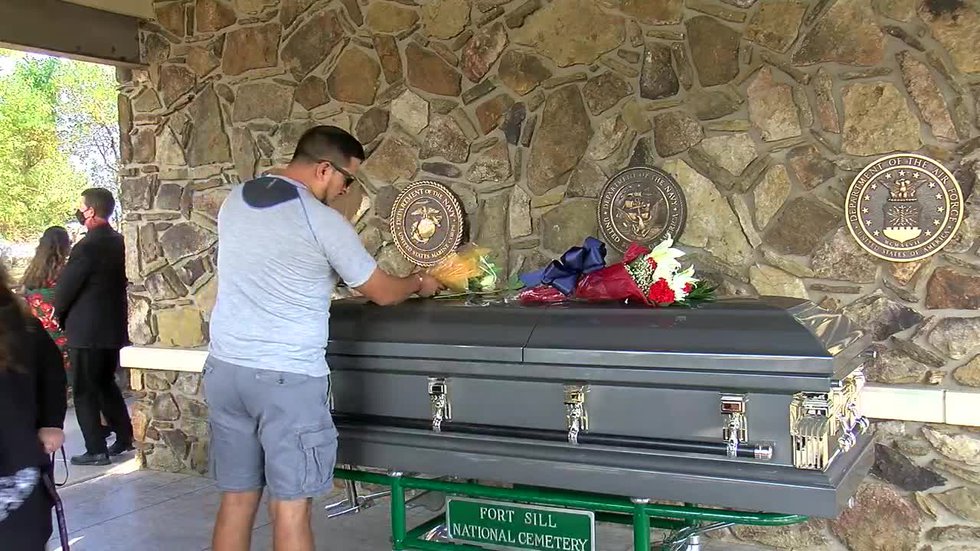 When I was young, it seemed as though everyone knew what it meant to respect military veterans in the US.

I could be wrong, but of late it appears as though that respect has waned. At least, it seems like people don’t stop to think what the veteran they pass on the street has done, not only for the country, but for them, too; the sacrifices they made, the things they may have experienced.

Yet every now and again, I witness something that restores my faith. Like, for example, the recent funeral of a military veteran who had no known family at Fort Sill National Cemetery.

As per reports, Charles York served in both the Navy and the Marines during the Vietnam War, but passed away with no known family.

Even so, folk in Elgin, Oklahoma, knew that he deserved a proper send off befitting of one who had given so much.

And so it was that hundreds turned out to see York laid to rest at Fort Sill National Cemetery with full military honours. Staff their said they’d never seen such a large crowd for an unaccompanied veteran.

Billy Hope, who works at Fort Sill, said: “It is awesome. We have both done funerals for veterans where it’s us and family. So to see this today, people lined up on the road coming into the cemetery all the way here, it’s heart touching.”

“When I walked up it felt good,” said Bennie Coleman. “It felt good to see the community is able to come out and support a fellow soldier. It brought tears to my eyes.

“We go through this and through our career with our brothers and sisters.

“For someone to be laid down and not able to have family there, it’s good for the brothers in the Army to come out and support these guys so they’re not laid down by themselves. They fought in the war and did great things, they must have someone to support and lay them down to rest as they pass.”

I think it’s simply fantastic that so many people turned out to pay their respects for Charles York! I only hope he’s looking down and can see that his service was so well appreciated.

What do you think to the way veterans are honored and respected these days? Let us know in the comments box below.