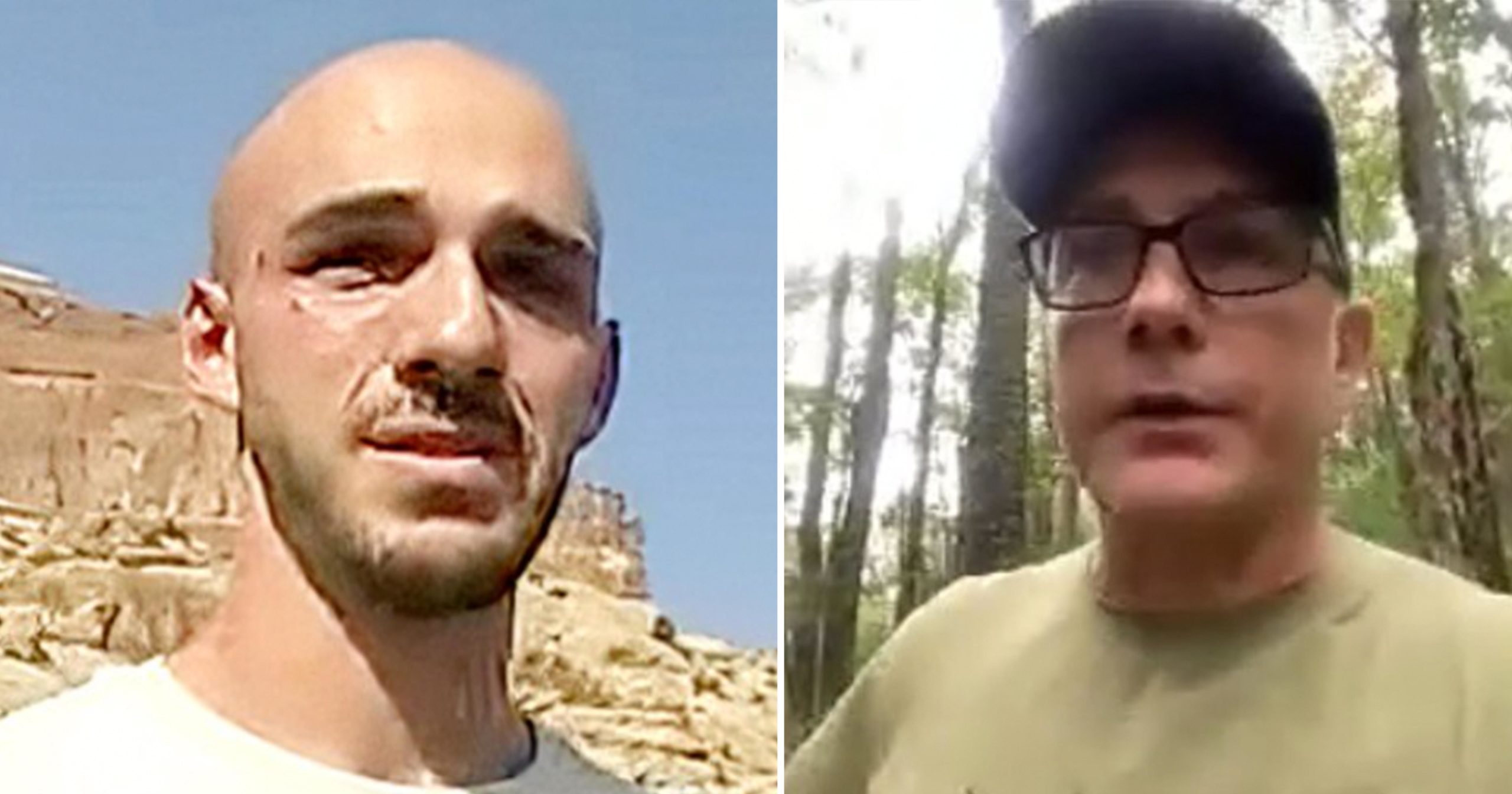 An engineer from Florida is convinced that he crossed paths with Brian Laundrie at the weekend, with the hunt for the runaway still in full swing.

Laundrie is the only person of interest in the slaying of 22-year-old Gabby Petito – he disappeared from his parents’ home in Florida shortly before her body was found.

A host of authorities, including the FBI, are actively searching for the 23-year-old. Others such as John Walsh, of America’s Most Wanted, and Dog the Bounty Hunter, celebrity bounty hunter and former bail bondsman, have pledged their services to the effort.

In fact, Dog the Bounty Hunter – real name Duane Chapman – claimed that he alone had gotten over 1,000 tips as to Laundrie’s whereabouts only a day or two after appearing at the home of the young man’s parents to begin his search.

He then said that he would not be sharing said tips with the police, but reaffirmed last week that he feels as though he’s closing in.

On Wednesday, Dog said: “We’re here at the island. This would be and could be the perfect spot for him to hide. Not too many people out here but there’s a lot of environmental things that we’re going to fight.

Followers of the case will be familiar with the circumstances that have led to where it stands today. Laundrie and Gabby Petito, a couple who met in high school, had embarked on a cross-country road trip in a van.

In early September, however, Laundrie returned home to Florida without Gabby. Her worried parents contacted the authorities after going 13 days without hearing from their daughter.

An extensive search effort was then initiated, with Gabby’s body eventually being found in Grand Teton National Park, Wyoming, where she and Laundrie had previously been on their trip.

By that point, all focus turned to Laundrie, who had until then refused to speak to police and hired himself a lawyer. Before authorities could bring him in for questioning, though, he vanished.

At the time of writing, there have been no confirmed sightings of Laundrie since his disappearance. Yet, if a report in the New York Post is to be believed, one engineer believes he spoke with the man on Saturday morning.

Dennis Davis said that the two crossed paths on a deserted road close to the Appalachian Trail in North Carolina. Police are said to have reason to believe that Laundrie is traversing the trail, famous for being the world’s longest footpath.

53-year-old Davis said of his encounter: “There is no doubt in my mind I spoke to Brian Laundrie — none whatsoever.

As per Davis’s account, he was waved down by a man appearing dazed and confused where the Appalachian Trail runs nearby the border of North Carolina and Tennessee.

Said man pulled up his car alongside Davis and asked for directions to California via backroads only. Davis, a father of four, said the man, who matched Laundrie’s physical description, was acting skittish. He is said to have rambled about having had a fight with his girlfriend.

“He said ‘man, I’m lost.’ I said ‘what are you trying to find?’ and he said ‘me and my girlfriend got in a fight but she called me, told me she loves me, and I have to get to California to see her.’

“I said ‘well, I-40 is right there and you could take it west to California’ and he said, ‘I’m just going to take this road into California’,” Davis explained.

Davis went on to clarify that he did not immediately recognize Laundrie, but did so after pulling over and looking up photos on his phone. He said the man he suspected to be Laundrie was driving a white or light-colored pick up truck and wearing a dark bandana on his head.

“Obviously, as a father with a daughter, I want to do whatever I can to help the family find closure and get this guy off the streets,” he said.

He also expressed his frustration that three calls made to the FBI have not been returned.

“Law enforcement is probably getting millions of leads on this guy, but I am not some goofball out there doing drugs in the middle of the night, I am a highly educated professional.

“And I know that was the guy. There is no doubt about it.

“We have this lead but no one’s doing anything, not even a phone call.”

In another update, authorities have confirmed that they are withholding Gabby’s cause of death. Last week, a coroner was able to confirm that her manner of death had been homicide, but it appears her family will have to wait longer to know the exact manner in which she was murdered.

As per reports, cops are struggling to find clues from her body after it was left in the wilderness for weeks.

Joseph Giacalone, a criminal justice professor with the City University of New York, believes the cause of death may be being withheld for a reason.

He explained to Insider: “If she’s strangled, the evidence is going to be limited.

“In the respect that you’re not going to have blood everywhere and, you know, hair fibers or all that other stuff.”

I sincerely hope the authorities follow up on this and at the very least investigate Davis’ claims, if only to rule them out.

My thoughts and prayers are with the family of Gabby Petito daily. Rest in peace, angel.