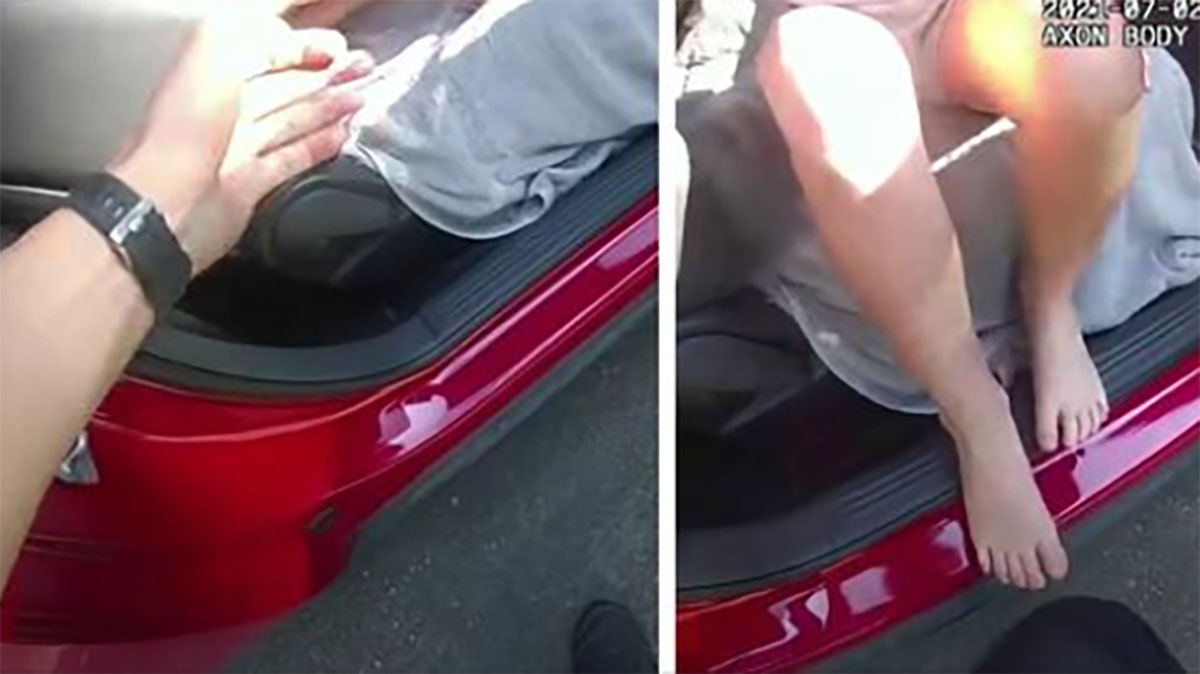 A 6-year-old girl who was taken from the street while playing on her bike has been reunited with her family thanks to the quick-thinking actions of local citizens and police officers.

Police have now released the heart-stopping footage showing officers rescuing the sobbing child from the car as she said: “I want my daddy.”

Robby Wildt was arrested on Friday night for allegedly kidnapping the child, according to the Louisville Metro Police Department (LMPD).

Witnesses saw him take the 6-year-old girl and put her in his vehicle and one even started following him, reporting his tag to police, which led to the man’s arrest.

The 40-year-old Louisville man admitted to police that “he saw the victim playing outside near the street, circled the block and then took her from the side of the road.”

He also told police “he felt bad for doing what he had done,” as per WLKY-TV citing police arrest records.

After telling police he felt guilty for the kidnapping he started to drive back to the location where he had found her, where officers arrested him.

A spokesperson for the LMPD said Officer Sgt. Joe Keeling and Officer Jason Burba both appear in the videos released by the police department showing the girl being rescued.

One of the videos shows Officer Burba driving to the scene, walking up to the suspect’s red car and rescuing the girl from the front seat. She’s visibly upset and asking for her daddy as he carries her back to his police car.

Thanks to witnesses contacting police and officers’ quick work the girl was rescued in a matter of minutes.

“Fortunately the entire incident only lasted about 30 minutes due to the quick actions of the community and LMPD,” officials said in a statement.

Officials said the incident was a good reminder for parents to talk about being aware of their surroundings and strangers, especially if a stranger tries to engage with them or tries to lure them into their vehicle.

Wildt has since been taken to Louisville Metro Corrections and is facing charges of kidnapping a minor.

Thank goodness for the passersby that had their wits about them and acted fast. They and the police officers are the reason this little girl is back safe with her family.