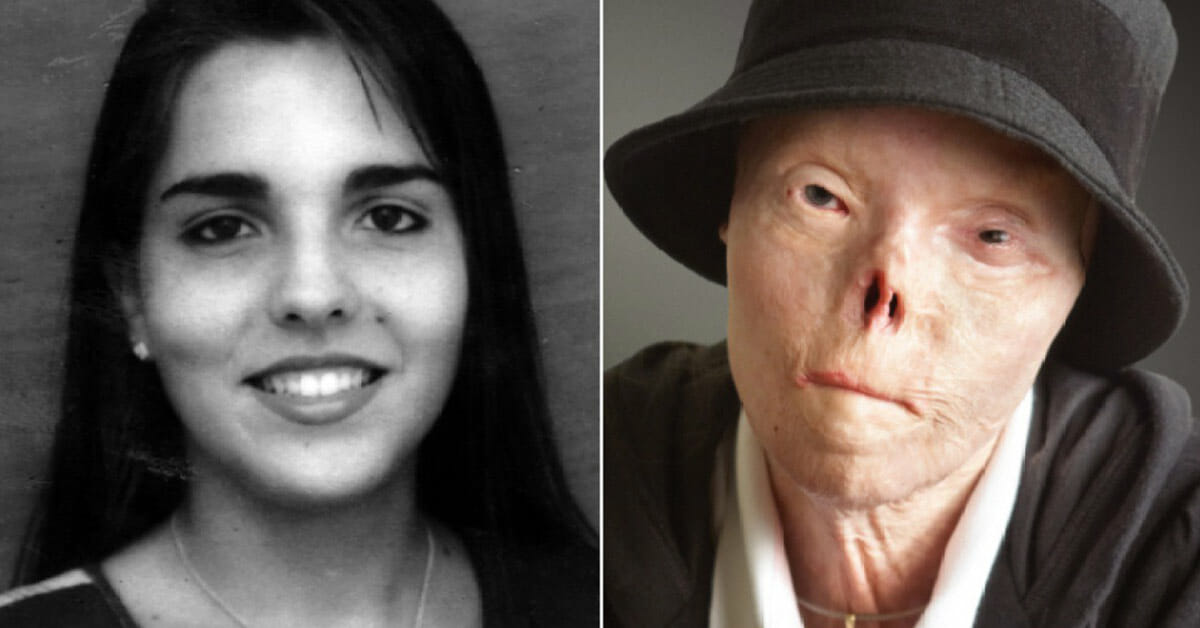 Drunk driving is dangerous, irresponsible, and a sure-fire way to cause serious injury sooner or later.

It’s something we all know, and something that’s repeatedly reinforced for the benefit of those few that try to resist accepting common sense.

Jacqui Saburido was just 20 years old when she and her friends were in a vehicle struck by a drunk driver in Austin Texas. Two of the passengers in the car were killed instantly, while Jacqui herself suffered serious burns all over her body.

In an inspiring display of courage and will, this brave young woman became an advocate of the Faces of Drunk Driving Campaign, a program organized by the Texas Department of Transportation to raise much-needed awareness.

This year, 20 years after the accident that changed her life, Jacqui Saburido passed away aged 40.

Jacqui Saburido– the woman who suffered horrific injuries and burns after a drunk driver crashed into her– has died from cancer. Saburido (who was 20 at the time of the 1999 crash) became a figure for anti-drunk driving campaigns. She was 40-years-old when she died. pic.twitter.com/pTSntjeNWA

Jacqui and four of her friends were returning home from a birthday party on September 19, 1999, when a drunk 18-year-old crashed into their car in his pickup truck.

The vehicle Jacqui and the others were in caught flame. Two of the passengers died, while Jacqui suffered third-degree burns to 60% of her body.

As per the New York Post, Jacqui was trapped in the vehicle, with her legs pinned under the dashboard. When paramedics arrived on scene, they were able to quench the fire long enough to pull out the other two surviving girls, but they couldn’t get to Jacqui.

The fire truck arrived 45 seconds later, but by the time they managed to cut her loose and get her to hospital the fire had ravaged her body. Jacqui lost her nose, her ears, her lips, her hair, and she was almost blinded.

Jacqui Saburido, the woman whose disfigured face became a symbol of the dangers of drunk driving after she suffered horrific burns in a 1999 crash, has died, according to the Texas Alcoholic Beverage Commission. https://t.co/FZtj5dB5W5 pic.twitter.com/tpp5ug8gWx

The man driving the other car, Reginald Stephey, was convicted of driving under the influence and manslaughter in 2001. He was sentenced to seven years in prison.

All told, Jacqui underwent 120 surgeries to help reconstruct her body, including a cornea transplant performed in an attempt to restore vision in her left eye.

Despite everything this young woman had gone through, despite the unthinkable pain, the disfiguration, the trials and the challenges, she not only survived, but did her best to thrive.

Jacqui became an advocate for the Texas Department of Transportation’s anti-drunk driving campaign, whilst also allowing the media to use pictures from her accident to raise awareness.

She took the initiative and used her own harrowing experience to raise awareness and inspire change. Jacqui spoke to school children, appeared at pep rallies and events, spoke on television and ensured her voice was heard far and wide.

In a television interview, she once said: “Even if it means sitting here in front of a camera with no ears, no nose, no eyebrows, no hair, I’ll do this a thousand times if it will help someone make a wise decision.”

This inspiring, incredible, champion of a woman passed away from cancer on April 20, 2019, in Guatemala, Guatemala City. She may be gone, but her legacy will live on for generations to come.

It shouldn’t take a tragedy like that which befell Jacqui to remind us of the obvious dangers associated with drunk driving. We know by now how the risks associated, and the fact that choosing to drive after drinking alcohol doesn’t just endanger you, but all those around you.