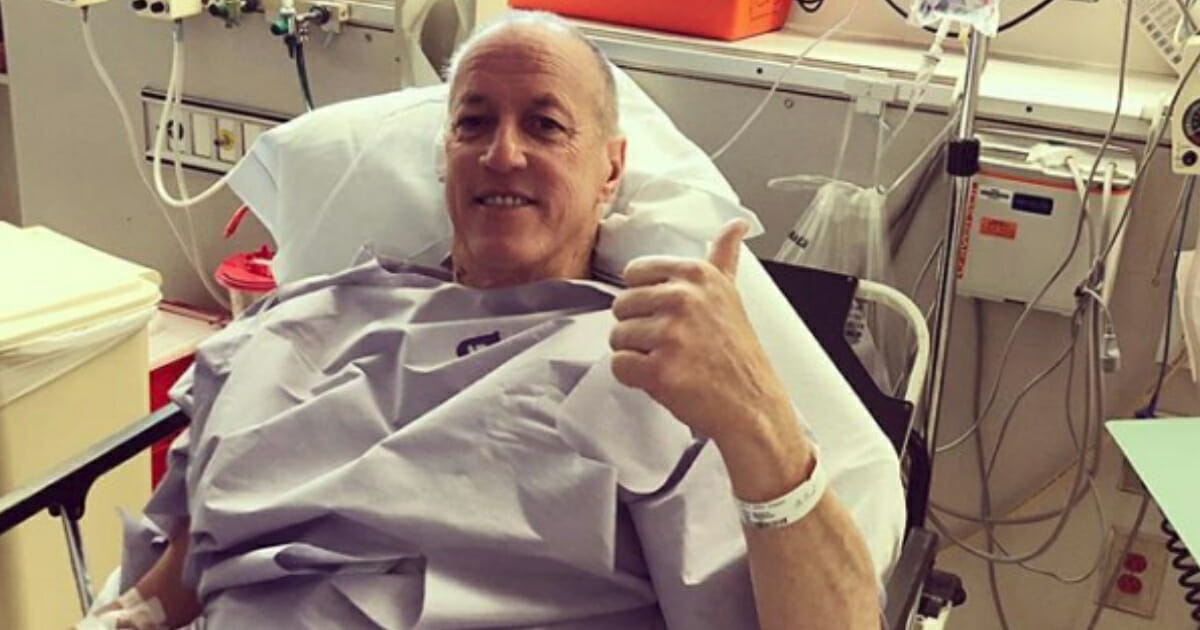 The 58-year-old was first diagnosed with cancer in 2013, but was able to beat it and went into remission a year later. However, the news broke in 2018 that the cancer had returned, with the Kelly family asking fans and followers to turn to God and pray for his health.

It was in March that Jill Kelly revealed her husband’s oral cancer had returned, pitting Jim against a deadly foe for the second time in five years …

The cancer is back. We are shocked, heartbroken, sad, angry, confused, and just darn tired. Yet, despite how we feel, we KNOW that God is a promise maker and keeper. He is who He says He is! He can do what He says He can do! We don’t have to understand His ways to trust His heart. The battle is HIS. (Exodus 14:14) We need you… In addition to our faith, family, and friends…we really need you and your prayer warrior friends to pray. We’re all in this together. THANK YOU! The more life and heartbreak I experience, the more I realize that this is not the end of the story. Life is temporary. And short. But eternity…is FOREVER. Because we know that our eternity is secure in Christ, we can trust God with every breath upon this earth.

“The cancer is back,” Kelly wrote on Instagram. “We are shocked, heartbroken, sad, angry, confused, and just darn tired.”

“Yet, despite how we feel, we KNOW that God is a promise maker and keeper.”

Jim underwent surgery in March to remove the cancer, losing a portion of his upper jaw in the process. Then, as part of the restoration process, Kelly had another surgery in June to prepare his gum tissue for dentures.

A report from Bills Wire claims Jim will next receive permanent dentures.

At the beginning of this week, September 3, Jill gave another update on her husband’s health – this time showing the two in a hospital in New York City.

“What you do when you’re in NYC and have to get up at 5am for surgery,” she said.

“Tomorrow is another procedure in the process of completing Jim’s oral reconstruction,” Jill Kelly wrote. “Honestly, I don’t know how he does it other than the grace of God and the prayers of so many.”

What you do when you’re in NYC and have to get up at 5am for surgery. Your prayers have carried us thus far. Thank you! Tomorrow is another procedure in the process of completing Jim’s oral reconstruction. Honestly, I don’t know how he does it other than the grace of God and the prayers of so many. And of course being “Kelly Tough”. I will be doing a lot of praying tomorrow as I wait for Jim to come out of recovery. If there’s anything you’d like me to pray about for you, please share below. To God be the Glory! P.S. Jim’s face ?❤️

To finish her post, Jill wrote “To God be the Glory!”, and it certainly seems as though the faith within the Kelly family remains strong as it’s ever been.

Jim, meanwhile, maintains that he’s made his peace with God, no matter what the outcome of his battle.

“I have no room to complain,” Kelly said. “If tomorrow the good Lord decides that’s my last day, then I’m not going to go down with a frown.

“I’m going down with a smile on my face, knowing that I’ve gotten everything out of life.”

All our thoughts are with brave Jim Kelly! We hope he’s able to pull through this fight as he did the first one.

Please share this article to show that we’ll never stand aside meekly and let cancer win; share it to show your support!