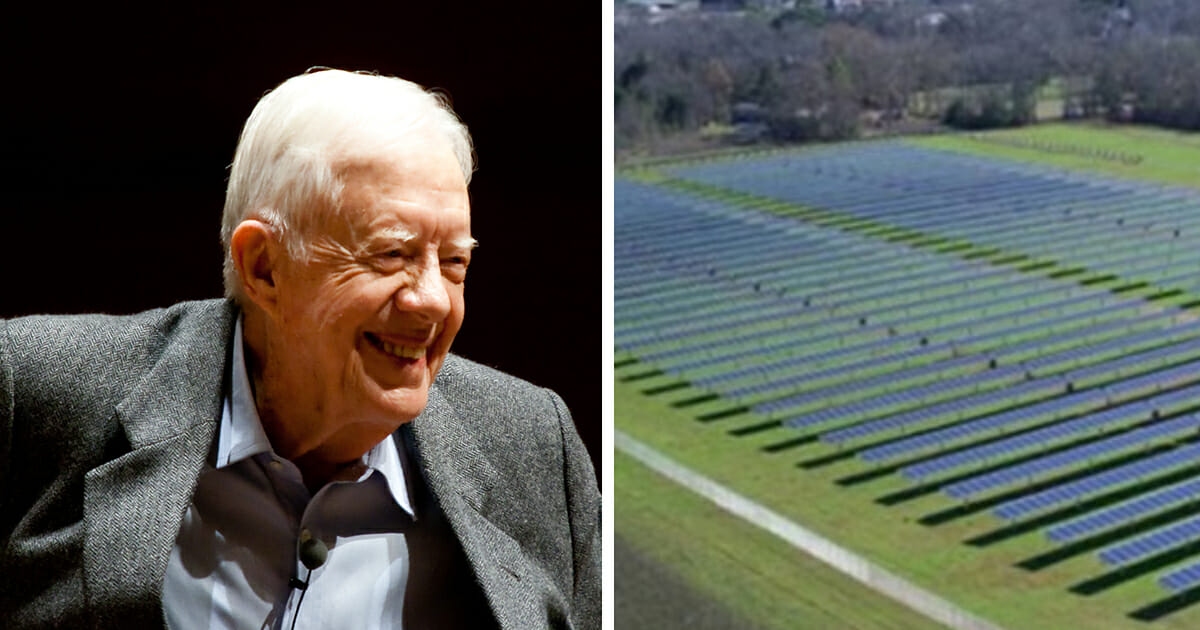 Jimmy Carter might not have been everyone’s favorite president, but few can say he isn’t a man of action.

Back in June of 1979, Carter installed solar panels on the White House, going on to proudly make a statement as to how it would be a “small part of one of the greatest and most exciting adventures ever undertaken by the American people.”

The 32-panel system had been designed to heat water throughout the presidential residence – a move well ahead of its time. When Ronald Reagan assumed presidency years later, he had the panels removed, but Carter’s willingness to promote alternative energy never waned.

In fact, in 2017 Carter decided to lease ten acres of land close to his homes in Plains, Georgia. The aim behind it? To build a solar farm with 3,852 panels.

That endeavor is certainly paying dividends. The former president, now aged 94, still lives in Plains, and the success of his foresight is there for all to see.

As per reports, the solar farm in question now provides 50% of Plains’ electricity needs. It’s said to generate 1.3 MW of power each year, which in layman’s terms is equal to burning close to 3,600 tons of coal.

In a SolAmerica press release, Carter explained: “Distributed, clean energy generation is critical to meeting growing energy needs around the world while fighting the effects of climate change.

“I am encouraged by the tremendous progress that solar and other clean energy solutions have made in recent years and expect those trends to continue.”

Thank you, Jimmy Carter! At 94 years of age, he’s still showing the world what an incredible man he is.