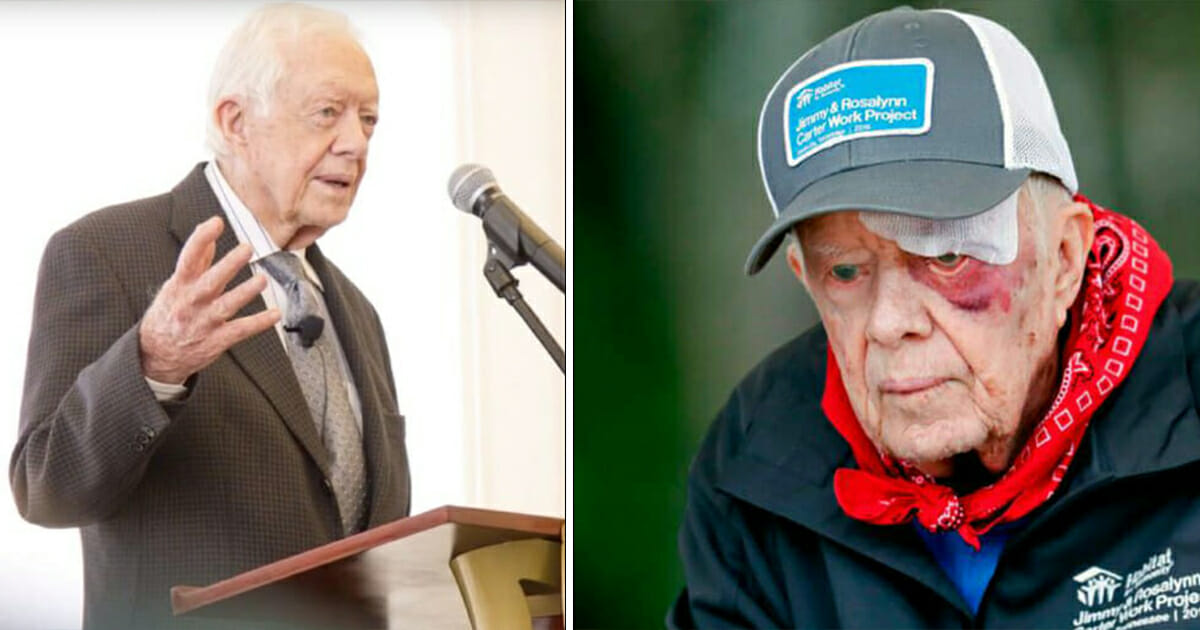 Jimmy Carter remains in hospital after undergoing surgery on his skull, but the former president is doing “fine”.

Carter underwent surgery to treat a subdural hematoma which reportedly developed as a result of several falls he had experienced in the past, but a close friend has provided a positive update.

The update reads: “He is doing fine and is probably only uncomfortable with the idea that he had to cancel his Sunday school appearance.”

Carter, an avid churchgoer, rarely misses teaching Sunday services at the Maranatha Baptist Church in Plains, Georgia. He has long proven his commitment to the church, and even at 95 continues to be an inspiration.

That said, the former president has been in and out of hospital with a host of recent problems. True to his fighting spirit, however, he’s always managed to make a swift recovery.

According to USA Today, Reverend Tony Lowden paid a visit to Carter in hospital on Wednesday, confirming that he is in a stable condition.

Get well soon, Jimmy Carter! We’re sending all our prayers and thoughts in your direction.

Share this article if you want to wish the former president well.