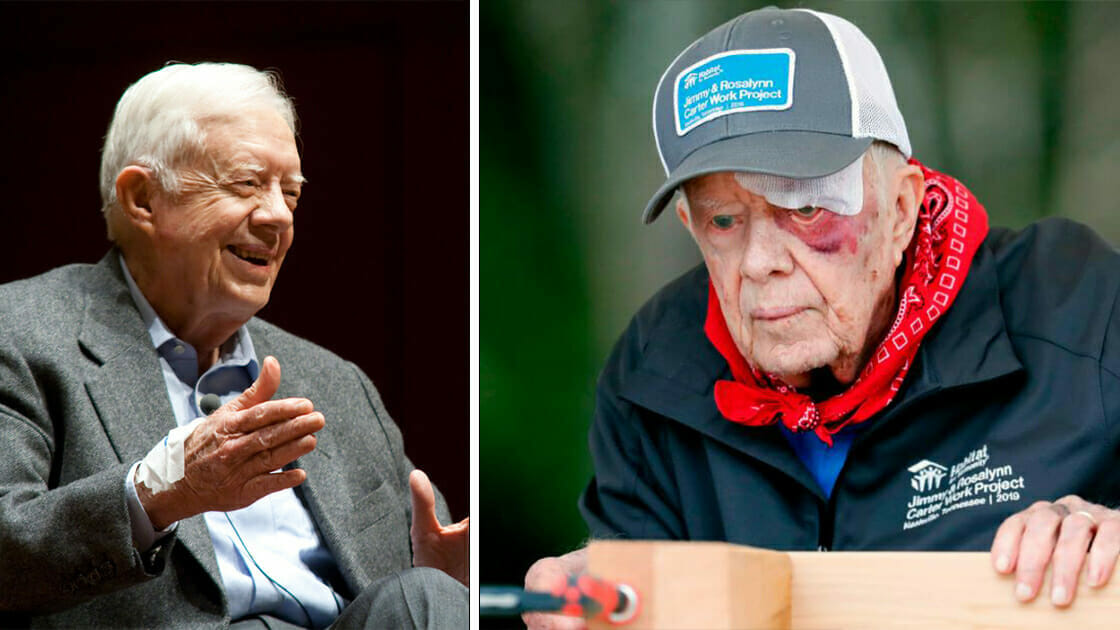 Former president Jimmy Carter was hospitalized yesterday evening after a fall at his home in Plains, Georgia, according to reports.

As per Fox 13, the 95-year-old suffered a minor pelvic fractured and was taken to hospital for observation.

The Carter Center released a statement this morning saying he was: “In good spirits and is looking forward to recovering at home.”

This is the second time in a month that the 39th president of the United States has been taken to hospital. Carter fell at his home and sustained a head injury requiring 14 stitches at the beginning of October.

Being the man he is, of course, it didn’t keep him down for long. Just hours after the accident, and sporting a black eye and a bandage, Carter was helping to build a community of affordable housing.

The Georgia-born Democrat celebrated his 95th birthday earlier this month, while he and his wife recently became the longest married presidential couple after spending more than 73 years together.

Share this article if you want to wish the former president well!