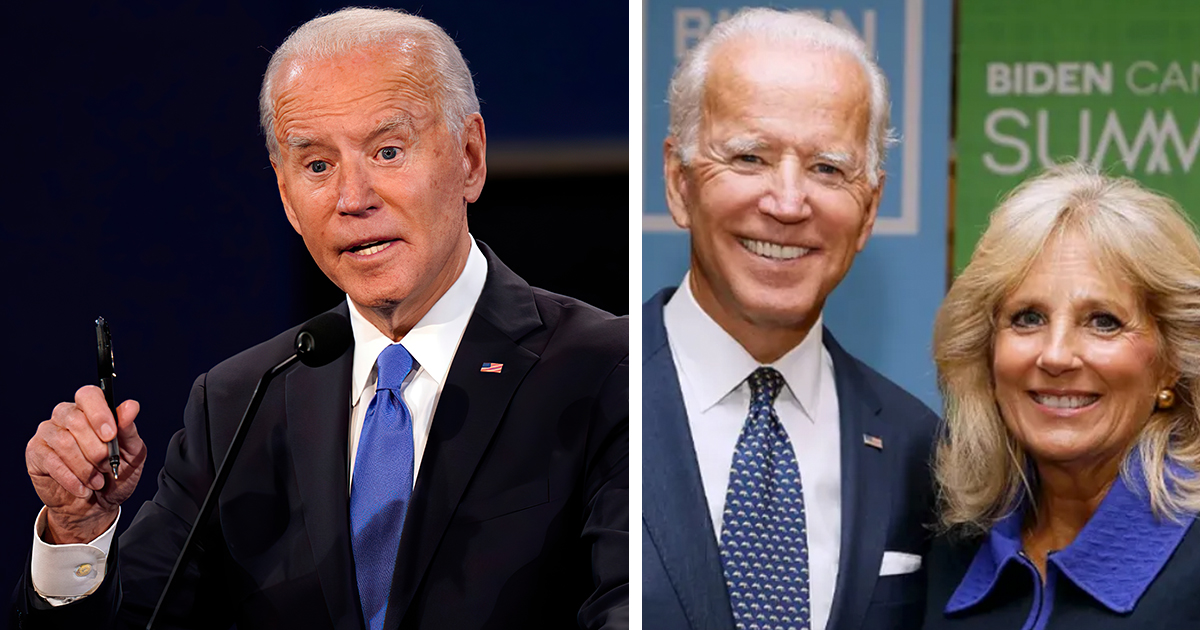 Despite being arguably the busiest couple in the U.S. right now it seems that President Joe Biden and first lady Jill Biden make room in their schedules every night for a dinner date, without their phones.

In the first few days of taking over office President Biden signed a record number of executive orders and Jill Biden is continuing with her teaching role while still fulfilling her first lady duties.

Yet the power couple still find time to stop and break for dinner together every evening.

The first lady revealed their sweet tradition in an interview with three-time Grammy-winning singer Kelly Clarkson.

“He’s so busy, I’m so busy, but we do keep dinner. We have dinner together, no phones — the phones have to be off — and now we’re having dinner in this beautiful home, and there’s a fireplace in the dining room, and they light the fire, and we just sit and talk for a while.”

She added that after dinner President Biden goes off to continue working into the night and she grades papers.

The exclusive interview, which aired on Thursday, also covered family traditions as well as scrunchies and divorce.

“We try to keep the Sunday night dinners. I mean, it’s been a little busy lately, but we still do it, and the kids look forward to it. I think traditions really ground kids,” Jill Biden said.

The first lady also recounted that her granddaughters had called her to say they were having dinner ‘nana style,’ in a homage to her and the effort she likes to go to making the dinner table look beautiful.

“I hope they continue on the traditions too,” she added.

“I love to exercise, and I run, I bike — it clears my head, and that’s really important to me,” the first lady said. “I think all women should have something — it doesn’t have to be exercise, although hopefully it would be — just to take a moment for yourself. So I get up early, and that’s my time that I have for myself.”

The singer and judge on ‘The Voice’ also touched on divorce, as she is going through a divorce now with father of her two children talent manager Brandon Blackstock.

Jill Biden, who divorced her first husband Bill Stevenson in 1975 had some reassuring words for Clarkson.

“I want to tell you, Kelly, this is what I would say to you if I were your mother,” Biden says. “You know, my mother always said to me, ‘Things are going to look better tomorrow. And if you can take one day at a time, things will get better.”

She told Clarkson she’s grateful her own divorce happened, because she then met Biden and had a beautiful family.

“So, I really think things happen for the best. I think Kelly, over time, I don’t know how long it’s been for you [since the separation], but I think over time you heal. You’re going to be surprised, and I can’t wait until that day comes for you. You’re going to call me up and you’re going to say, ‘Hey, Jill, you were right!'”

The pair played a game where Clarkson would say a name or a thing and Biden, who is also an English professor, was asked to say the first thing that came to her mind.

Clarkson asked: “I noticed you wore a scrunchie and everybody lost their mind. I think we all wear scrunchies. Are you usually this much of a fashionista with your scrunchies?”

Biden admitted it was her daughter who filled her in on the scrunchie revival she’d sparked after she wore it to hold her hair back while visiting a Capitol Hill bakery, The Sweet Lobby, to buy desserts for Valentine’s Day.

“You know, my daughter called me right after I left that shop and said, ‘Mom, everyone’s talking about this scrunchie.’ I said, ‘What scrunchie?’ I didn’t know what she was talking about. I still don’t understand it,” Biden told Clarkson.

I love that the first lady is so down-to-earth and so caring. Please share with all the people you know who would love to learn more about this special woman.