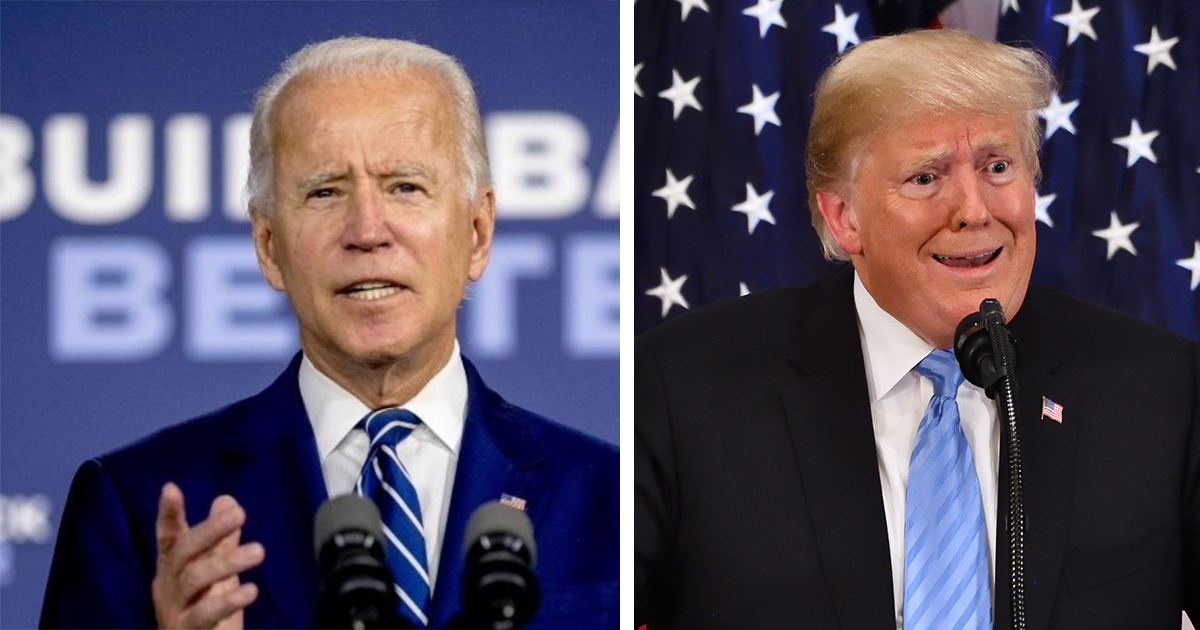 The war of words between President-Elect Joe Biden and current POTUS Donald Trump was never going to simply fizzle out and disappear.

In the aftermath of the 2020 Presidential Election, insults have been thrown, allegations made, and we’re still a long way from knowing definitively how America will move forward over the next four years.

Joe Biden, who barring the most unlikely of reversals will become the 46th President of the United States, has been constantly attacked by Donald Trump for any number of things. The soon-to-be chief of the White House, however, has thrown a few barbs of his own in the past.

During a virtual town hall organized by the Service Employees International Union back in July, Biden labelled Trump a racist, stating: “When he deals with people based on the color of their skin, or national origin, where they’re from, is absolutely sickening.”

Trump has long referred to the COVID-19 virus as the “China Virus”, the “Kung Flu”, and the “Wuhan Flu”.

For Biden, his rival’s apparent lack of integrity and morals go far beyond the pale.

“No sitting president has ever done this,” Biden continued. “Never, never, never. No Republican president has done this. No Democratic president. we’ve had racists, and they’ve existed, they tried to get elected president. He’s the first one that has.”

During the virtual town hall, which took place months ago, but is still as poignant now as then, Bide also accused Trump of using race “as a wedge” to distract people from his failings relating to the COVID-19 pandemic.

And yet there were plenty of people online ready to counter Biden’s claims about Trump being a racist, offering evidence of other presidents such as George Washington, who owned slaves, and Woodrow Wilson, who was in favor of segregation, who were perhaps worse in that regard.

Of course, many will remember Trump’s famous answer to Biden’s accusations. When asked his opinion on the matter, he told the world: “I’ve done more for Black Americans than anybody with the possible of exception of Abraham Lincoln. Nobody has even been close.”

At this point, there have been so many insults thrown by Trump and Biden that it’s truly difficult to keep up with what is genuine and what is simply an attempt to besmirch a reputation.

What do you think? Will Trump go down on record as America’s first racist president? Has he, like he said, done more for Black Americans than the others?

Let us know your thoughts on Trump and Biden in the comments box.

Meanwhile, share this article on Facebook if you hope that the U.S. can move forward in strength and unity over the next four years.