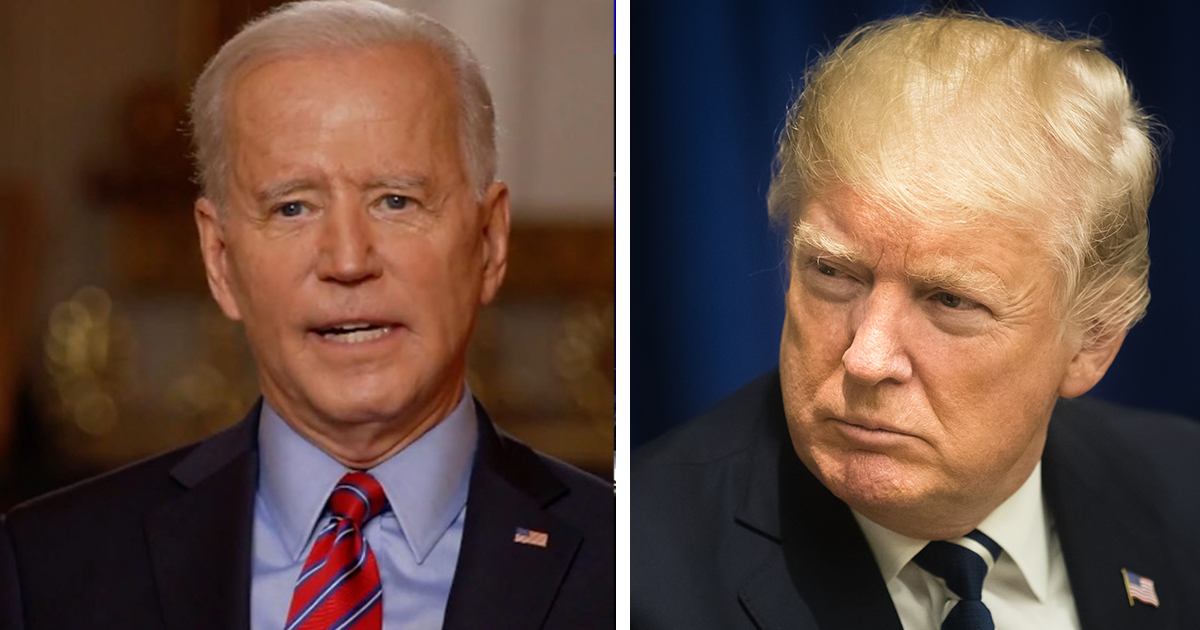 It’s safe to say there is no love lost between current President of the United States Joe Biden and former president Donald Trump.

With their contrasting views and styles of government, it should have been fairly obvious to all and sundry that they were never going to get along once pitted as rivals.

Add to that the slanderous campaign led by Trump in the build up to the 2020 election, as well as the many unfounded claims he lodged against Biden in the aftermath, and you have a recipe for acrimony.

The tension is no longer at boiling point, what with Biden having assumed office in the White House and Trump having retreated to his Mar-a-Lago resort in Florida, but make no mistake: the claws will continue to come out when they have to.

For Biden’s part, he’s wasted no time at all in demonstrating that he will absolutely not stand for the majority of decisions made by his predecessor.

As early as his first week in office was Biden signing executive orders to reverse policies put in place by the previous administration. Fast forward to present, and work on the former POTUS’ infamous border wall between the U.S. and Mexico has halted, transgender men and women can serve in the military once more, and the U.S. has pledged to rejoin the Paris climate agreement. And those just scratch the surface of change.

Biden himself explained: “There’s a lot of talk, with good reason, about the number of executive orders that I’ve signed. I’m not making new law — I’m eliminating bad policy.”

With each passing week, a little more of the work Trump endeavored to do is undone. But it’s not just official policies that Biden is altering; he’s also breaking away from tradition in places too.

As per reports, the U.S. has always maintained a tradition of allowing former presidents to be briefed on the nation’s security issues. This is a courtesy extended by the sitting president, you understand, not the law.

To that end, it looks like Biden has no intention of extending said courtesy. Namely, he will not be giving Trump access to intelligence briefings as a result of his “erratic behavior”.

During his first sit-down interview since becoming president – undertaken by CBS, Biden was asked if he would continue the tradition, to which he responded:

“I don’t think there’s any need for him to have an intelligence briefing.”

The president then went on to suggest that Trump perhaps could not be trusted with any or all information he was given.

“What value is giving him an intelligence briefing? What impact does he have at all, other than the fact he might slip and say something?” Biden said.

To better fathom the gravity of the decision, the New York Times say this is the first time a former president has been denied access to the briefings.

Of course, Trump and Biden have had similar clashes in the past, more specifically when Trump refused to allow his successor to be given security and intelligence briefings for three weeks after the 2020 presidential election.

Trump continues to find himself in the headlines of late, chiefly for his impending impeachment trial over “incitement to insurrection” charges. Said trial will begin tomorrow (Tuesday, February 9) and could well have a say as to whether or not the 74-year-old is ever able to run for the office of president again.

Biden was asked what he thought to Trump getting the chance to have a second term as the POTUS, to which he said that he “ran like hell to defeat” Trump, “because I thought he was unfit to be president”.

He also said, however, that it was the Senate who would decide if Trump could run for president or not again.

What do you think about Biden blocking Trump from his intelligence briefings moving forward? Can Trump be trusted with classified information?

Do let us know your thoughts in the comments box – we always look to encourage healthy debate.

Meanwhile, share this article on Facebook if you’re praying for a safe and stable America over the next four years.