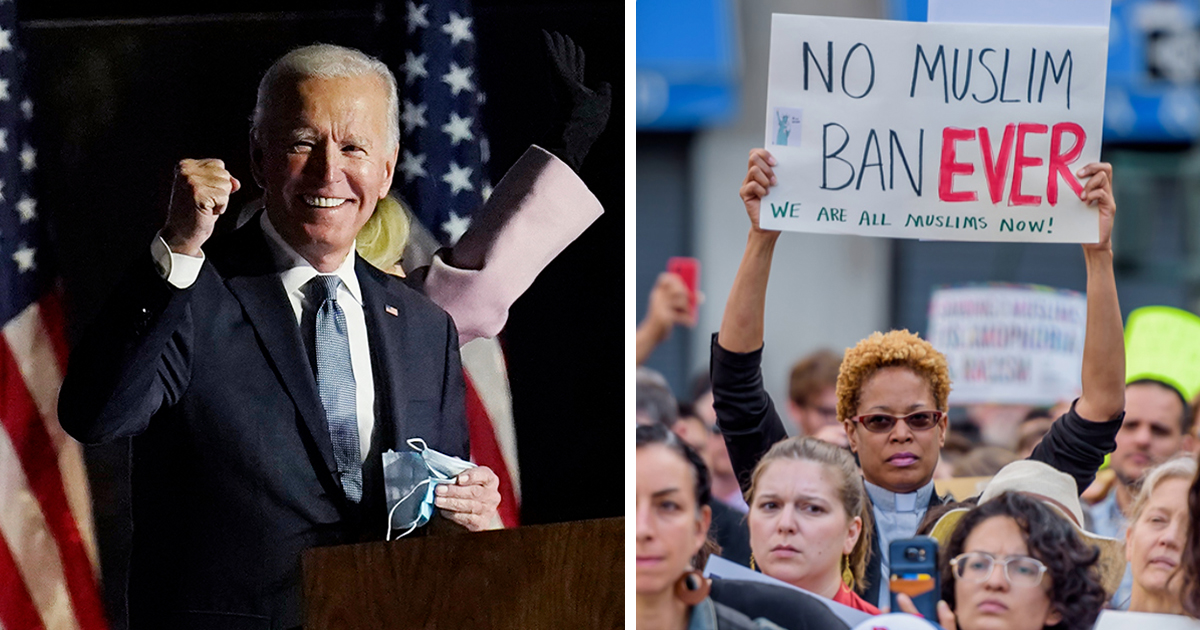 Joe Biden plans on reversing the “Muslim Ban” put in place by outgoing president Donald Trump as part of a deluge of executive orders to be exacted when he takes office on Wednesday.

Trump caused some degree of controversy when he imposed restrictions on immigration to the US from a number of predominantly Muslim countries back in 2017.

Biden, however, is going to immediately reverse the act, as confirmed by his chief of staff Ron Klain in a memo presented to senior members of the incoming administration.

As per reports, said memo details plans for the new president’s first 10 days in office. If all goes well, that initial period will see the end to what detractors have referred to as Trump’s “Muslim Ban”, as well as ensuring the U.S. rejoins the Paris climate accord.

Other changes will include it now being mandatory for people to wear masks on federal property and during interstate travel in the midst of the COVID-19 pandemic.

Klain’s memo reportedly reads: “These executive actions will deliver relief to the millions of Americans that are struggling in the face of these crises.

“President-elect Biden will take action — not just to reverse the gravest damages of the Trump administration — but also to start moving our country forward.”

AP News report that Biden will also seek to offer a legitimate path to citzenship for the millions of immigrants currently living in the U.S. illegally, while other sources say he wants to extend the pause on student loan repayments to help those struggling in the current climate.

Topping it off, Biden’s administration intends to place a focus on reuniting children separated from their families at the U.S. border.

Biden is set to assume office upon his inauguration this Wednesday, January 20. Outgoing president Trump, currently impeached for the second time following the Capitol Hill riots, has already confirmed he will not be in attendance when Biden is sworn in.

How do you think Trump will be remembered as president? Let us know your thoughts on his term, and how you think Biden will fare, in the comments box.

Meanwhile, share this article on Facebook if you’re excited to see how Biden is going to lead America forward over these next four years.