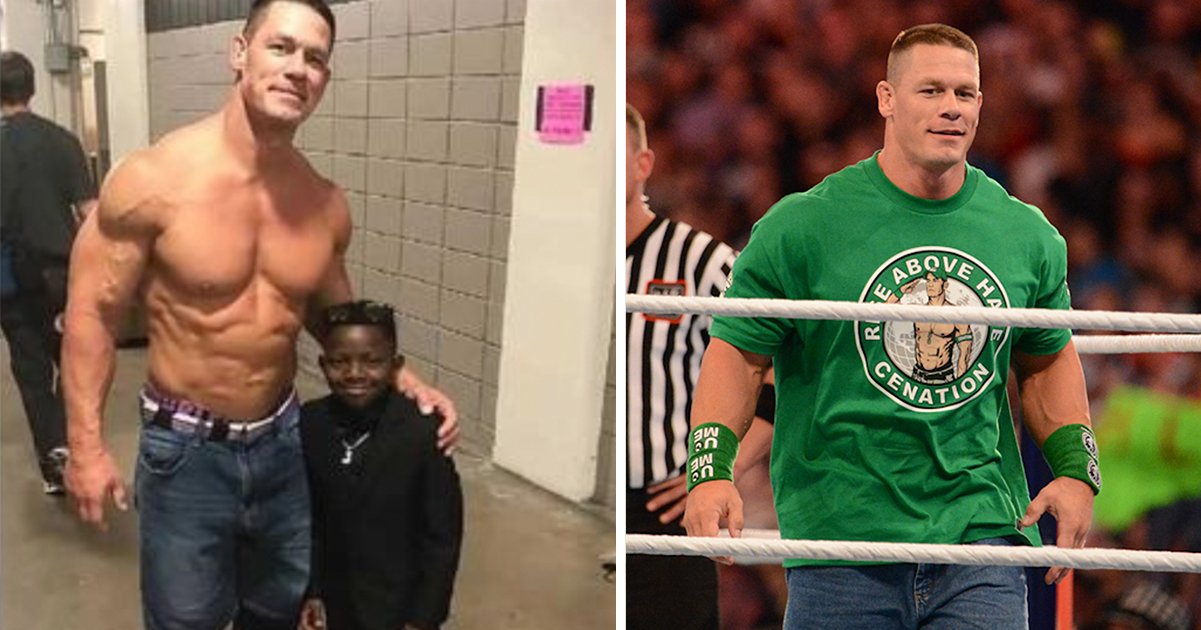 John Cena is known to many people for many different things.

First and foremost, people know him as a generation-defining professional wrestling star. His long and storied career in the WWE brought him fame and fortune and possibilities he likely could never have dreamed of.

Then there’s John Cena the movie star. Having risen to the top of the pro wrestling ranks, Cena made the transition to Hollywood with consummate ease, gaining a new army of fans and proving that his talents stretch beyond theatrical athletics.

Yes, Cena is a man who appears to be able to do it all. Few can contest that he’s one of the most-loved, most-inspirational figures around.

Yet all else pales in comparison to his work with the Make-A-Wish Foundation, and the happiness and joy he is given to children who need it the most …

As per reports, Cena was recently recognized by the Guinness Book of World Records for completing the most wishes granted via the Make-A-Wish Foundation, an organization founded to fulfill the wishes of children living with critical illnesses.

To make just one sick child’s wish come true deserves commendation, of course. John Cena, then, deserves all our respect and more, since he’s completed a mind-boggling 650 wishes – his most recent was on July 19, 2022.

As per Make-A-Wish themselves, John has become their most-requested celebrity. He’s also the only celebrity in the organization’s history to make upward of 200 wishes come true.

Upon granting his 500th wish, John spoke about the foundation, saying:

“I can’t say enough how cool it is to see the kids so happy, and their families so happy, I truly want to show them that it’s their day. I just drop everything. I don’t care what I’m doing.”

It really is inspiring, I think we can all agree, that a celebrity with the status of John Cena regularly takes the time out of his busy schedule to brighten the lives of children with serious illnesses.

I can only imagine how happy they are when they’re told that John is coming to see them, and it really seems as though he enjoys making their days too!

If only all celebrities could be this thoughtful and kind. The world surely would be a better place!

What do you think? Does John Cena deserve a round of applause for the great work he’s done with these children?

Please, share this article on Facebook if you agree that John is an icon and an inspiration!