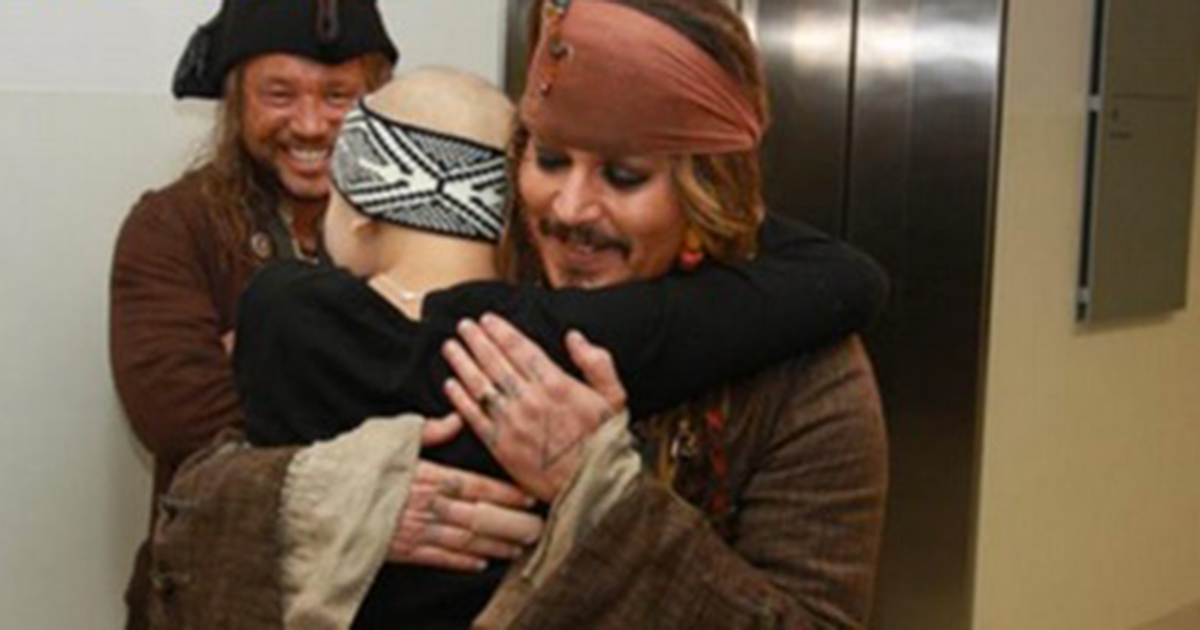 Johnny Depp took a break from filming the new “Pirates of the Caribbean” movie – but he remained in character the entire time. To everyone’s delight, the actor showed up and surprised kids at Lady Cilento Children’s Hospital in Brisbane, Australia.

It’s difficult not to like Johnny Depp after hearing this story. A couple of days ago, the movie star took some time off from filming to put a smile on every kid’s face at the hospital.

According to ABC News the actor took selfies with the young patients. 7-year-old Max Bennet was having dinner with his mother Rachel when a black helicopter landed at the hospital.
– He was going from room to room seeing all the kids who couldn’t get out of bed. We waited out of the front of one of the rooms, and he came up to us and had a really good chat to Max, Max’s mother said and continued:
– It was really beautiful. Everyone kept on trying to move him on, but he kept on coming back to be with the kids.

The pictures of Depp’s heartwarming initiative are spreading all over the world after a local station in Brisbane posted photos.

Just look at the pictures. Johnny Depp, what a guy!