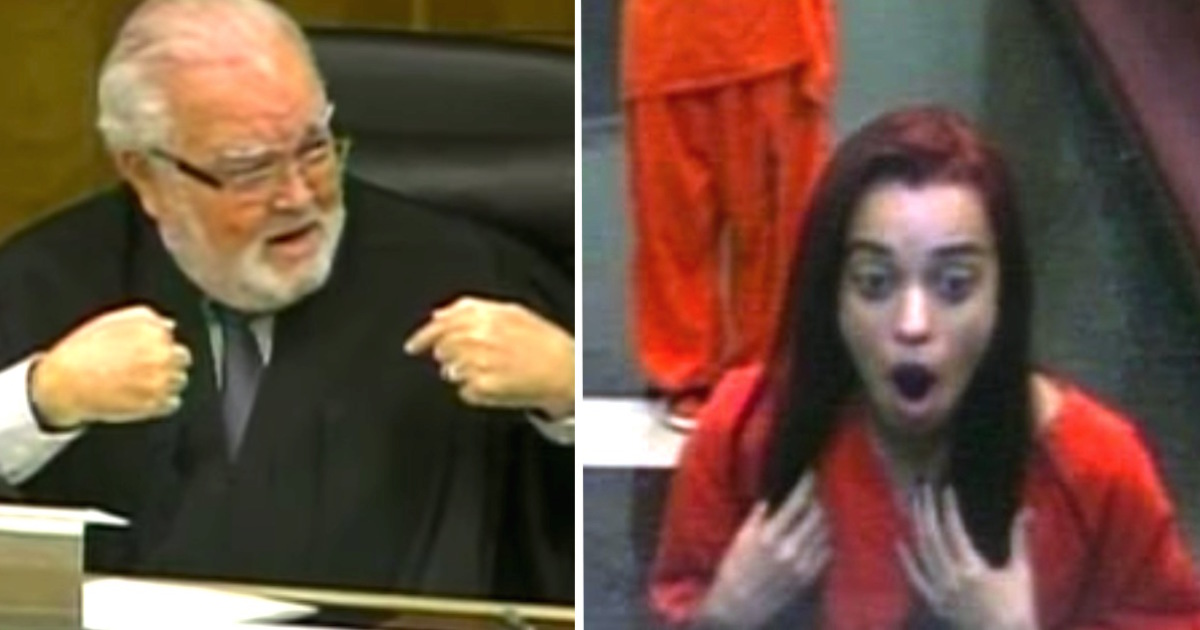 You’d think that 18-year-old Floridian Penelope Soto would want to be on her best behavior when she appeared at the Miami-Dade Circuit Court for her bail hearing. After all, circuit judge Jorge Rodriguez-Chomat brought her there ask her some questions and set a fair bail. And it only would have taken a few polite answers from Soto. But that’s not how Soto decided to play her cards…

With each of the judge’s questions, Soto either smirked, gave entirely unsatisfying answers, or both. And as you’ll see in the court video below, her answers make a mockery of the justice system.

But still, Soto would’ve made it through the entire bail hearing without incident, if she didn’t shout “Adios!” as the judge dismissed her.

Judge Rodriguez-Choma was clearly shocked by the teen’s behavior and immediately called her back, upping her bail from $5,000 to $10,000.

And that’s when the situation escalated. Soto gave judge the middle finger and said “F*** you” as she walked out a second time.

The judge, now furious, had had enough. He called Soto back to the podium once again, found her to be in criminal contempt, and sentenced her to 30 days in jail.

Fortunately, the escalation ended there, but it’s amazing how far this young woman was willing to take it.

She must have had some regrets though, because she later apologized through tears to the judge and admitted she was under the influence during the hearing. The judge dropped her contempt of court charges and her 30-day jail term.

Watch the exchange below and let us know what you think in the comments section on Facebook!

Do you agree with the judge’s sentencing? Let us know in the Facebook comments!