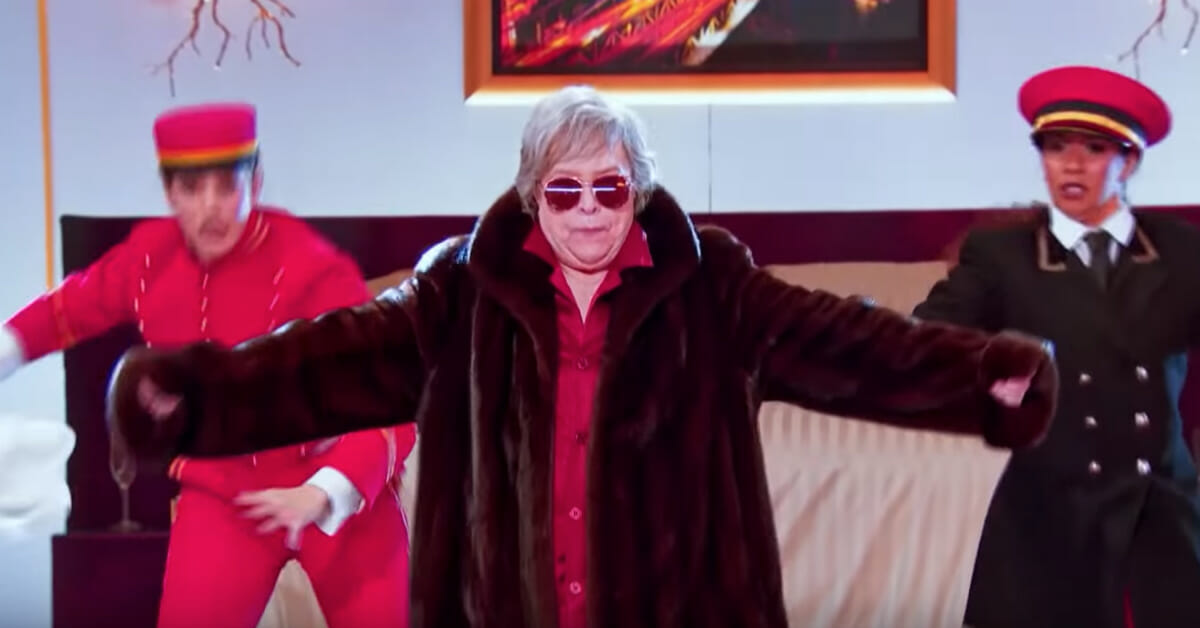 Most celebrities go in and out of fashion as quickly as the seasons turn, but there are a select few that transcend the generations.

Kathy Bates, most famous for her role in the film adaption of Steven King’s Misery, sits in the latter category. Sure, there are many youngsters these days that probably wouldn’t even recognize her, but for those old enough to remember her heyday, she remains a sure-fire screen legend.

And yet while she’s proven herself adept on camera, it’s safe to say few people would have ever expected to see her lip-syncing to the Bruno Mars hit “That’s What I Like” …

Known best for her stellar performance in Misery, and more recently American Horror Story, Kathy Bates has an Oscar, two Emmys and two Golden Globes under her belt.

She’s respected the world over for her talent, and a household name in that business we call show.

That said, just because it’s the arena of acting in which she forged her greatest successes, it doesn’t mean she’s not an all-round entertainer born and bred.

What do we mean by this?

Well, at 70-years-old she’s proven she knows what it takes to get down with the kids (yes, I did just write that). Dressed in a faux fur coat, sunglasses and a fedora hat, Bates took the audience by storm when she delivered a lip-synced rendition of Bruno Mars’ “That’s What I Like”.

Not content with just that, though, Bates went on to strip down to leopard-print pyjamas, surrounded by back up dancers. She even threw a stroke of a cadillac in there for good measure.

Honestly, if you want your world rocked on this fine morning, watch the video below: