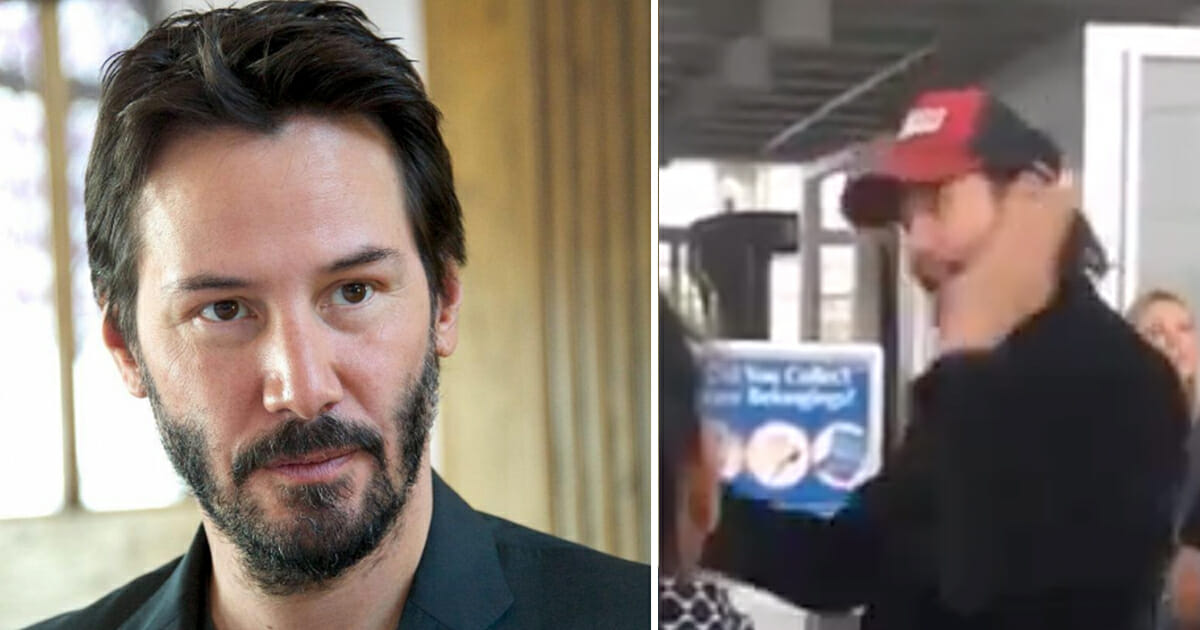 Keanu Reeves has long proven himself as much of a hero off-screen as his character’s often are on-screen.

Not content with having established a reputation as one of the true ‘good guys’ of Hollywood, it would appear the actor is determined to continue one-upping himself when it comes to charitable and unselfish behaviour.

As per reports, Reeves was on a United flight from San Francisco to Los Angeles on Saturday when the plane was forced to make an emergency landing in Bakersfield, California …

Keanu Reeves Shows His Humble Side Again By Taking A Bus Ride And Floors The Internet. Keanu Reeves is famous for leading action-heavy movies like the ‘John Wick’ trilogy, the ‘Matrix’ trilogy, ‘Speed’, ‘Constantine’ and ‘Point Break’. However, his off-screen persona doesn’t reflect it in any way. Reeves is famous for being one of the kindest celebrities in existence. While most stars prefer to travel in their luxurious cars, he has been spotted taking the subway multiple times. And he has donated millions of dollars in charity for his love for a simple life. Recently, Keanu Reeves was spotted at an airport interacting with people and then taking a bus ride with them. Netizens who are used to seeing actors and actresses flaunt their celebrity status loved Keanu Reeves’ down-to-earth attitude. And those who knew about his humble demeanour lauded him for not changing at all. A large section of our society is constantly trying to one-up each other by showing off what’s the priciest thing they can buy or how stylishly they can live. So, it’s heartening to see Keanu Reeves practically telling people that there’s an alternative. And, at the risk of being hyperbolic, Reeves is probably one of the only human beings who can respond to the phrase “all men are trash” with “not all men”. #keanureeves https://t.co/DLlZYeDyUI

Instead of attempting to use his star power to solve the situation for himself, or kicking up a fuss since his plans had been derailed, Reeves quickly showed his true character during the last 100 miles of the journey.

Instagram user Brian Rea and a few other passengers were able to document Reeves’ actions during the whole thing, and it paints “The Matrix” star in the light he truly deserves.

keanu got stranded somewhere in california and had to take a bus instead of a plane and some guy filmed the entire experience and i am BEGGING yall to watch this pic.twitter.com/I1TmLOEYiK

Rea’s Insta story followed Reeves all the way from the star getting onto the plane, to the moment they announced the diversion, and even sitting in the replacement bus that took people the extra 100 miles from Bakersfield to Los Angeles.

Rea’s Instagram story finished with Reeves walking into a Carl’s Jr. captioned with: “It’s been a long day for all of us.”

One person wrote: “That time when your flight out from #GDC almost crashes and you have to emergency land in a remote airport but at least Keanu Reeves is having as bad a day as you are.”

That time when your flight out from #GDC almost crashes and you have to emergency land in a remote airport but at least Keanu Reeves is having as bad a day as you are. pic.twitter.com/XSPa1wlNuO

According to USA Today, citing a SkyWest representative, the flight had been diverted due to a “mechanical indication”, but landed safely and without incident.

In any case, it’s great to see Keanu Reeves keeping up his amazing attitude. Money and fame he may have, but he’s never let that change him into anything other than a nice, genuine human being.

Share this article if you think Keanu Reeves is a really great guy.