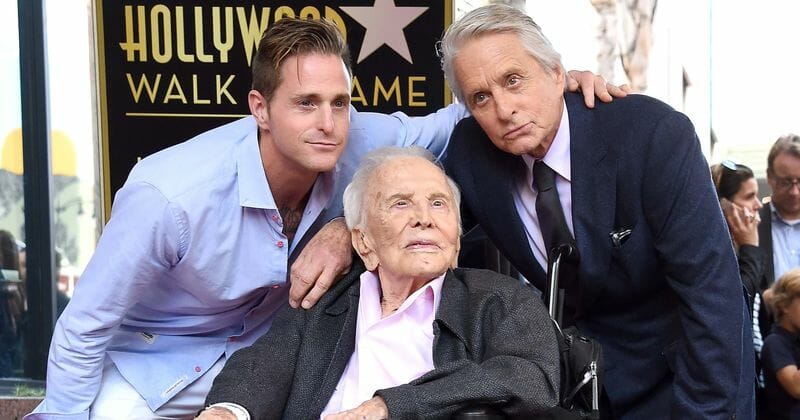 It’s fair to say Kirk Douglas has seen a lot of birthdays come and go. At the age of 103 – it’s actually his birthday today, December 9 – he’s been celebrated more than most people could ever dream of.

The veteran Hollywood star, however, has confessed he’s tired of the big parties his family has thrown for him in recent years; this time around he doesn’t want any fuss.

According to Michael Douglas, who recently appeared on Jimmy Kimmel Live!, his dad has begged him not to go overboard.

Needless to say, Kirk wants his 103rd birthday to be an occasion marked by more peaceful ongoings. “So he’s begging me, he’s got tears down his eyes. ‘Let’s just have dinner, the family together. Bring the kids,’” Michael joked.

Kirk, who has been married to Anne Buydens (herself aged 100 now) for 65 years, is one of the last surviving members of the film industry’s “Golden Age”. Having made his acting debut back in the 1940s, he’s been and done it all.

He also served in WWII, acting as a communications officer in anti-submarine warfare until being medically discharged in 1944 for injuries sustained from the accidental dropping of a depth charge.

Happy Birthday, Kirk Douglas. We hope you enjoy many more to come!

Share this article of you want to wish Kirk well on his birthday.