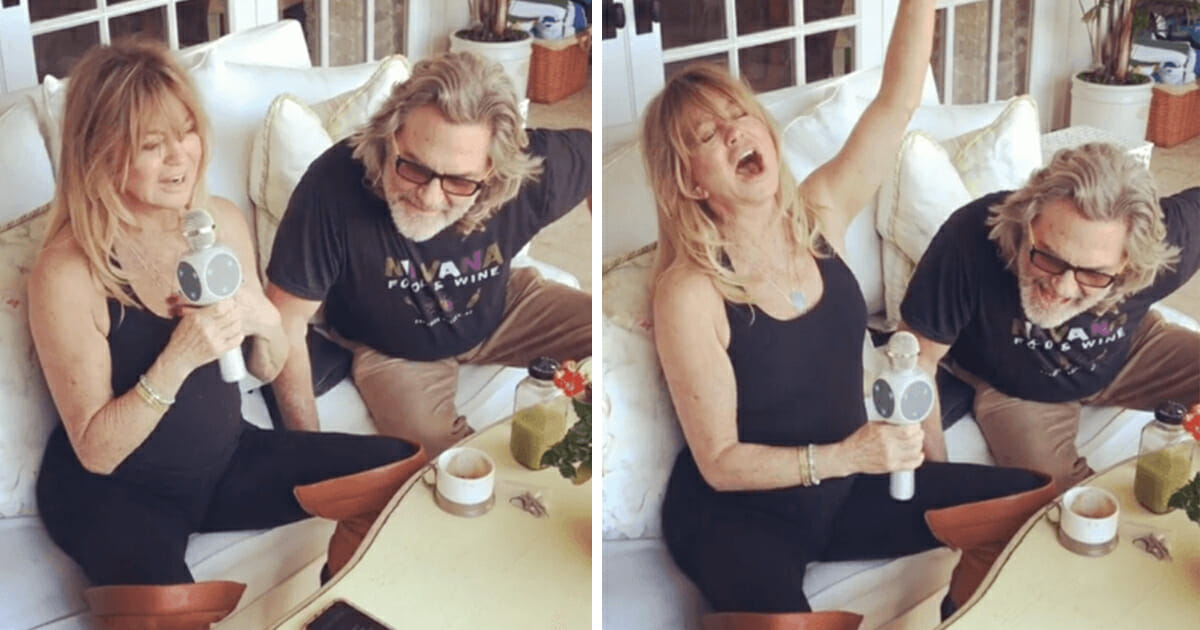 There are few places you can go where people haven’t heard of Kurt Russell and Goldie Hawn.

The couple, both stars in their own right, regularly keep fans updated with their daily ongoings through posts on Instagram. Hawn alone has some 1.7m followers, many of whom are delighted whenever she shares an update.

They certainly were recently, after she uploaded footage of her and Russell belting out the famous Beatles hit “I Want To Hold Your Hand”. According to the accompanying update, the impromptu Karaoke session was spawned when they opened one of their Christmas presents. The result? Well, see for yourself …

The actress, who rose to fame on the NBC sketch program Rowan & Martin’s Laugh-In before going on to win an Academy Award and a Golden Globe in the Best Supporting Actress category, spread cheer recently with a particular video she shared.

In it, her and Russell, who himself shot to fame at the early age of 12, can be seen performing a rendition of the Beatles’ classic “I Want To Hold Your Hand”.

Alongside the video, Hawn wrote: “Kurt and I just opened one of our favorite Christmas presents… I don’t think we’ll be taking this on the road”.

Take it on the road they might not, but that doesn’t mean fans the world over aren’t loving their passion!

Watch their combined efforts in the video below:

Kurt and I just opened one of our favorite Christmas presents… I don’t think we’ll be taking this on the road ?

What do we think guys? Yes, or no?

If this put a smile on your face, share the article so more people can see it!