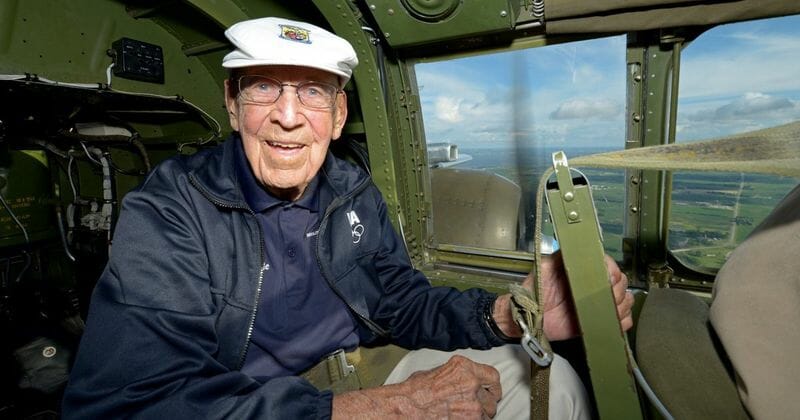 It was April 18, 1942, when Richard ‘Dick’ Cole took a seat next to Jimmy Doolittle in preparation for a military mission that would provide a huge morale boost for the United States in World War II.

The 16 B-25 Mitchell bombers set out around four months after the devastating attack on Pearl Harbour, with the US Army Air Force and the Doolittle Raiders tasked with delivering a measure of vengeance.

#RIP Lieutenant Colonel Richard E. Cole. The last Doolittle Raider passed away at age 103. He was Jimmy Doolittle's co-pilot in the lead B-25 that launched from USS Hornet on April 18, 1942 to bomb Tokyo. The daring raid was a significant achievement in joint Army-Navy operations pic.twitter.com/jSJYpLnXrv

As per CNN, Cole’s death was officially announced by the US Air Force, with tributes quickly flooding in to celebrate his life.

I think the "Doolittle Raid" both coined & defined the term 'Shock & Owe' as the brash confidence of the Japanese military was shaken to the core. This mission exemplified an un-quantifiable loss of face. R.I.P Lt Colonel Dick Cole & your fellow HEROs ?? pic.twitter.com/oLWmN0uz1q

Cole’s son Rich and his daughter Cindy were by his side at the time of his death, whilst his daughter has confirmed he will be buried at Arlington National Cemetery.

The Doolittle mission itself was one of the most iconic in American history. Cole and his fellow soldiers were required to bomb five Japanese cities before flying on to China in order to be evacuated back home.

Cole himself served as the co-pilot to the mission’s commander, Lt. Col. Doolittle, and spoke in 2016 about how the two of them sat in the cockpit going over a checklist before embarking from the US Hornet aircraft carrier.

“I was setting the engine cowl flaps and watching to make sure the engines didn’t overheat,” he explained.

Of course, the mission was fraught with dangers. Even the take off from the carrier was remarkable, it being the first time in history a bomber had taken off in such a way.

Things then took a further turn when Japanese fishing boats spotted the crew. As a result, Lt. Col. Doolittle and his men were forced to takeoff some 12 hours – and a several hundred miles – ahead of schedule, threatening the prospect of running out of fuel before landing in China. Not only that, but the mission subsequently turned into a day raid instead of the planned night raid.

“We were just doing our job, part of the big picture, and happy that what we did was helpful." pic.twitter.com/PLqkCGcNaw

Fortunately, Japan’s military defences were not prepared for the Doolittle Raiders – thanks in no small part to a coincidental air raid drill that had taken place in Tokyo that morning. The bombs were successfully dropped on their targets, including oil storage facilities and military instillations, but Cole and the others encountered further hazards.

Ultimately, Doolittle commanded his crew to abandon their plane after it ran out of fuel before China. “They don’t give a Purple Heart for self-inflicted injuries. I gave myself a black eye,” Cole said of the ordeal.

All told, eleven crews bailed out of their planes, while four of them crash-landed. One crew flew to the Soviet Union, where they were interred before later being released. Eight members of the mission were captured, with one starving to death in a Japanese prison camp and three being executed.

Please share this article to honor the memory of the brave men who undertook a vital mission when their country needed them the most.