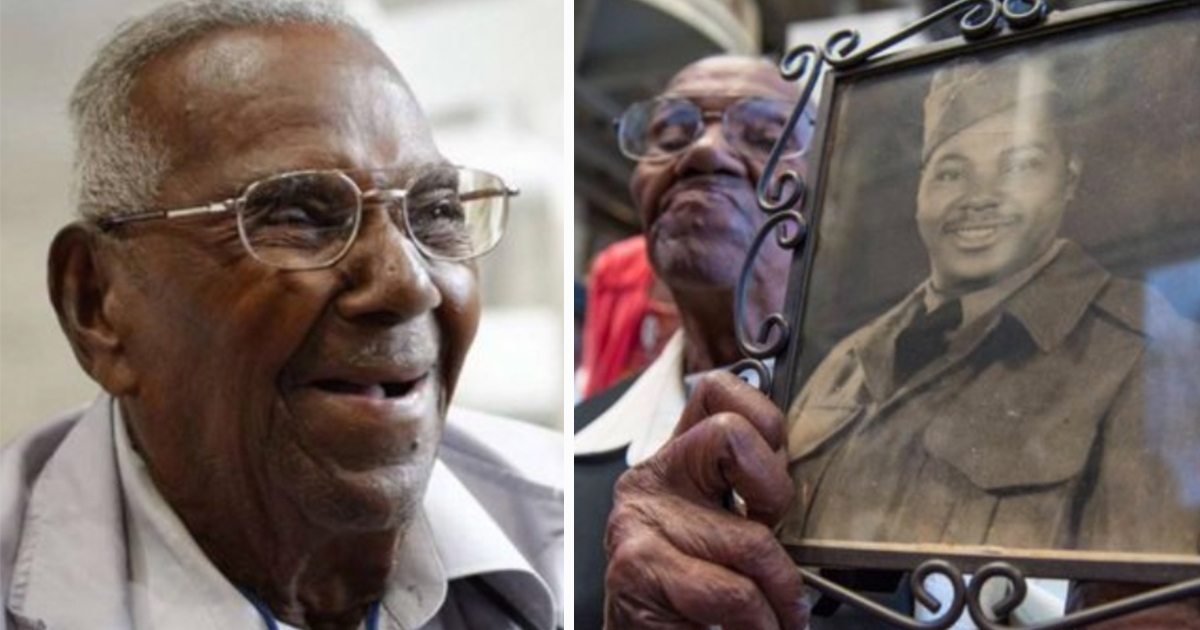 Lawrence Brooks has more reason than most to take each day as it comes and simply appreciate seeing the fruits of his labours.

A veteran of World War II, and one of the last remnants of that terrible theater of war, these days Brooks spends his time showering his extensive family with love. That includes his five children, five stepchildren, 12 grandchildren and 23 great-grandchildren.

In actual fact, Brooks is set to turn 111 later this week, on September 12. When he does, the milestone birthday will make him the oldest United States army veteran to have served.

As per reports, the 110-year-old is one of 300,000 living vets to have fought in World War II. Incredibly, he was already in his 30s when the Allied Forces defeated the Nazis and extinguished Adolf Hitler’s reign of terror.

And yet when Brooks returned home from risking his life for freedom, he was subjected to racism and discrimination … all because of the color of his skin.

“I was treated so much better in Australia than I was by my own white people,” he said. “I wondered about that. That’s what worried me so much. Why?”

Speaking to National Geographic, meanwhile, he explained: “You couldn’t put a gun in their hands. They could do simple menial tasks. That was the lot of the African-American soldier, sailor, airman, you name it.

“We went to war with Hitler, the world’s most horrible racist, and we did so with a segregated army because, despite guarantees of equal treatment, this was still Jim Crow America. African Americans were still subject to all kinds of limitations and discrimination based on the color of their skin.”

These days, fortunately, the world has moved on, and society as a whole is gearing towards eliminating racism once and for all. In that regard we still have plenty of work to do, but one day we will be able to leave it in the garbage gan of history where it belongs.

For his part, Brooks is excited about turning 111. “I had some good times and I had some bad times,” he explained. “I just tried to put all the good ones and the bad ones together and tried to forget about all of them.”

Sadly, due to the ongoing COVID-19 pandemic, Brook won’t be able to celebrate his birthday at the National World War II Museum in New Orleans as he usually does. Instead, this year, the museum is asking people to send him birthday cars to mark the occasion.

Happy Birthday, Lawrence Brooks, and many happy returns to you, Sir! Thank you for your service to this country!