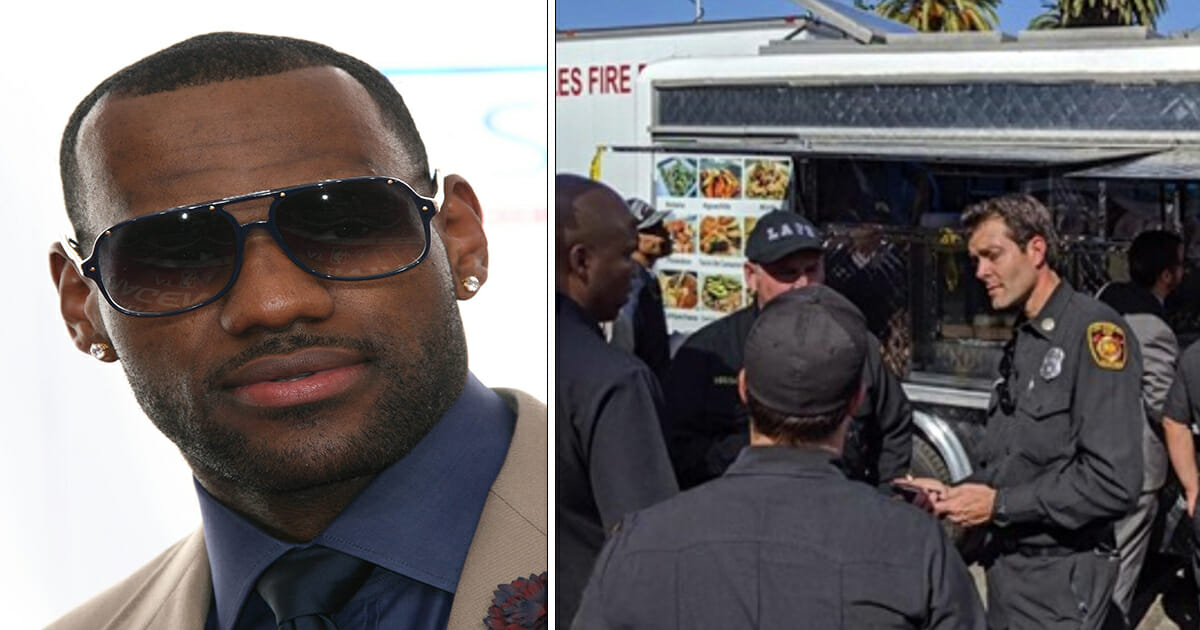 The firefighters and brave first responders fighting the Getty Fire were treated to a warm meal by NBA star LeBron James, who sent a taco truck to feed them.

According to CNN, James, who currently plays for the LA Lakers, was forced to evacuate his home in Brentwood, California along with his family early on Monday morning.

Speaking prior to the Lakers’ home game on Tuesday, James said: “It’s just challenging at that hour, getting my family, getting my kids, getting everybody and having to evacuate at such a rapid, rapid rate. You don’t really have much time to think about what you can get or what you can do. You just got to get out and get to safety.”

Los Angeles Mayor Eric Garcetti confirmed that James had then sent a taco truck to support all those involved in the firefighting effort.

“Thank you, @KingJames, for generously sending a taco truck to support our @LAFD firefighters, first responders, and partner agencies working to fight the #GettyFire.”

As per the latest reports, the Getty Fire has spread across more than 650 acres of land since Monday and remains only 15% contained.

Compounding that is the fact the National Weather Service has issued its first-ever extreme red flag warning, meaning winds, temperatures and humidity that will only serve to increase the fire’s potency.

Our thoughts and prayers are with all those in the path of the raging fires.

Thank you, LeBron James, for showing your support to all those battling the problem!