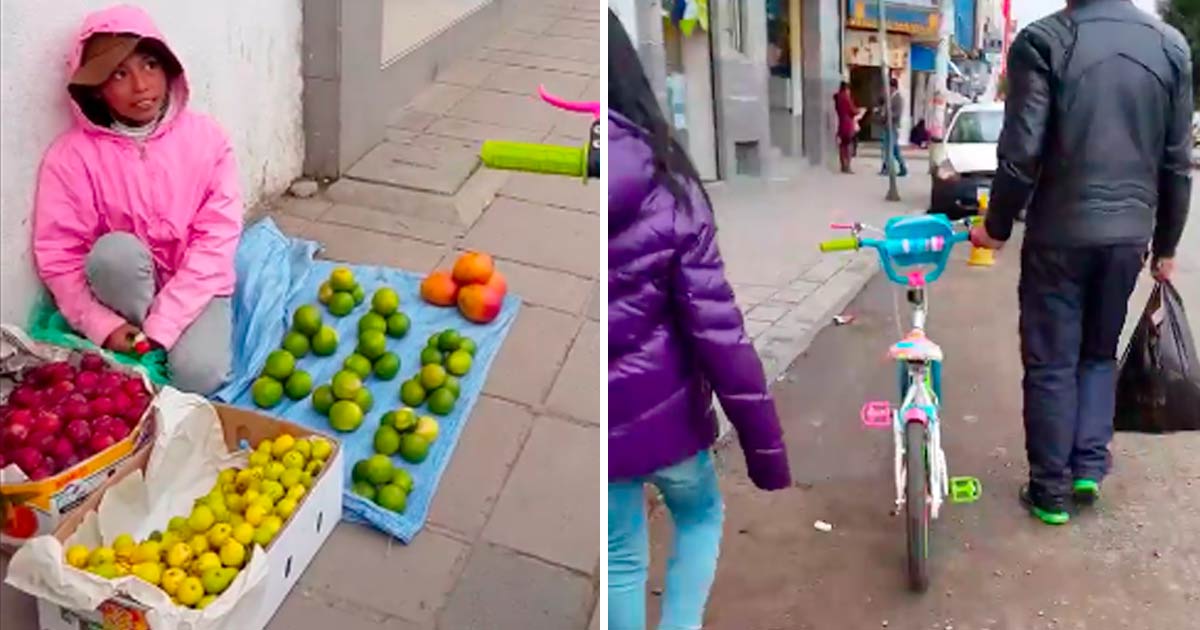 In today’s society, where many of us lead stressful lives, it’s easy to forget about what’s going on around us; about our fellow human beings.

It’s also easy to fall into a routine where we focus only on ourselves. It may sound strange to some, but I think many people who have daily routines can attest to the one-track mind you can develop.

Therefore, it makes for a pleasant change to see people who buck the trend.

A video filmed on a street in La Paz, Bolivia has surfaced, and it’s garnered plenty of interest online.

In the clip, a little girl can be seen trying to sell fruit. She has limes and what appears to be mangos, all spread out neatly on a blanket. It looks to be a pretty standard operation, except that the girl is wearing a thin jacket, one ill-suited to keeping her warm. It appears that she’s hawking the fruit to make what little money she can for her family.

Soon enough, though, a man and a woman pass by. They stop and begin to talk to the girl, before presenting her with a cozy pink jacket to wear. She’s surprised, happy and extremely grateful – after all, now she probably won’t freeze.

But that’s not all. No, the man and the woman also bring a bike and give it to the girl as well, so she can get too and from her makeshift fruit stall quickly. What a fantastic gesture!

The clip in question has been widely distributed on social media, garnering over 600,000 shares. Some are dubious of the fact that the event was recorded, but others challenge that it’s good to have it on film so as to inspire other people to help their fellow human beings.

No matter your stance, I think it’s a truly nice gesture to see. Hopefully this can push people further towards taking seconds out of their daily lives to help the needy where they can. One action, no matter how big or small, can mean so much.

Please share this article with your friends if you agree.