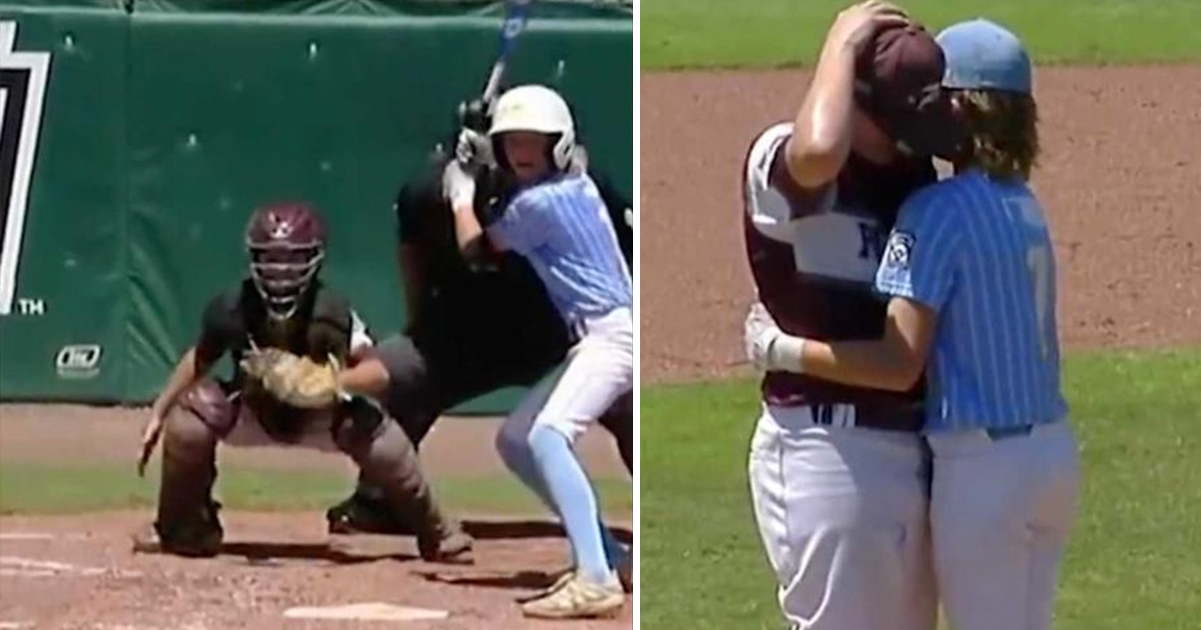 As children we’re taught the importance of always showing kindness to the people we share this world with.

It’s the job of any parent to ensure their child knows that compassion and respect are two vital pillars as it pertains to creating a well-rounded, good human being.

Of course, succeeding in this is sometimes easier said than done. After all, children are by definition learning all the time, and some take longer than others to realize that warmth of heart makes for a better world for us all.

In any case, a pair of Little Leaguers restored a measure of faith in humanity’s future through their actions on Tuesday, August 9. A video of an interaction between a batter and an opposition pitcher has gone viral … and it’s not difficult to see why.

Yet things took a turn when an errant pitch by Kaiden struck Isaiah on the head, knocking off his helmet and sweeping the boy off of his feet.

Isaiah’s concerned coaches ran to his aid, but the batter was eventually able to clear his head, rise, and walk to first base. Kaiden, however, remained visibly upset by the incident, prompting Isaiah to leave first base to go and comfort his opponent.

Isaiah told News on 6: “He had his glove kind of on his face and I could tell that he was pretty emotional, he was scared for me and was crying. So as soon as I saw that, I tossed my helmet to the side and I walked over there and I told him it was okay.”

Isaiah’s dad Austin, meanwhile, said he couldn’t be any prouder of his son. “I started welling up with tears and that was the most emotional part of the whole weekend,” he explained.

“There wasn’t a moment I was more proud of him than that moment right there.”

Interactions like this between children simply make my day. What a wonderful moment for both boys to have shared, and certainly one that will live long in the memory.

Please, share this article if you, too, were touched by this clip.