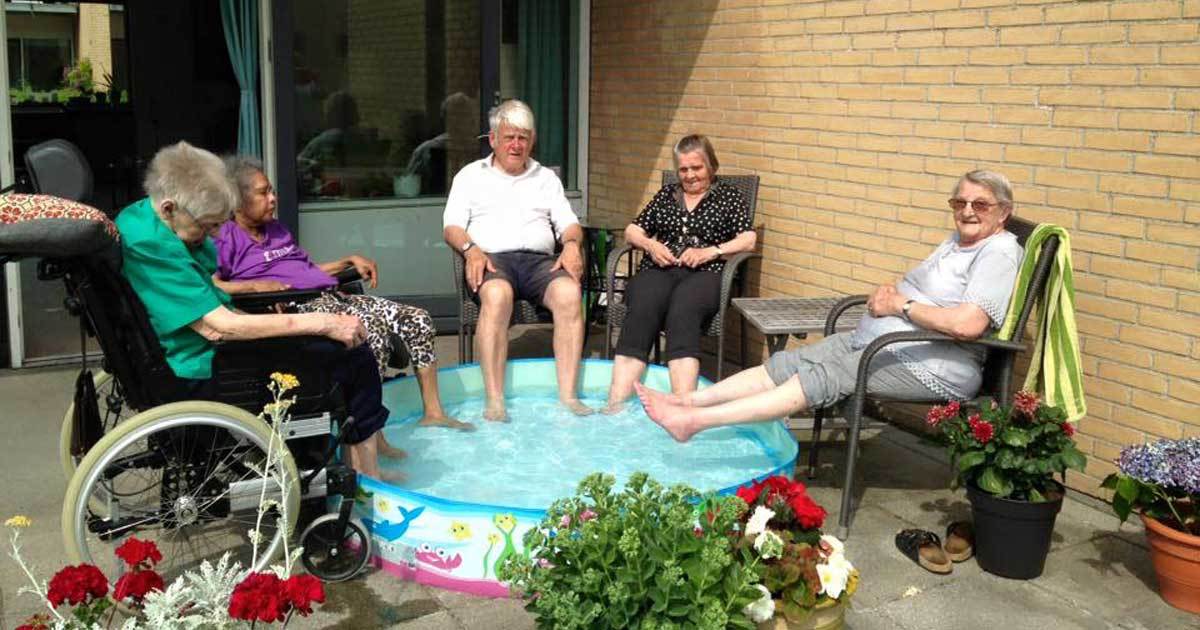 Last week was a hot one in many places around the world. In Denmark, the temperatures reached almost 40 degrees. Everyone deserves to cool down when it is that hot outside and the sun is shining. But what do you do at a nursing home where it’s difficult to arrange a trip to the nearest beach or bathing place?   This nursing home in Denmark found a heartwarming solution. They bought a baby pool for the elderly and now their initiative is highly praised on Facebook.

The lovely picture below was posted on this nursing home’s Facebook and became an immediate success. Almost 20 000 people liked it and it received over 1 000 shares in a couple of hours. Newspapers all over Scandinavia have written about it and everyone praises the initiative and the adorable picture.

– We’re happy for all the kind words. We really are. It’s not about us making a mark, but if we can show to others what’s working for us, we may inspire others to new ideas, nursing home manager Dorthe Andersen said to Danish BT.

She continued:
– But it’s actually pretty simple. It’s totally natural on a (hot) day like this, like taking a swim or having a barbecue, so the idea came spontaneously when we talked with those who live here.

I think it’s such a heartwarming picture! This should be the case at every nursing home.