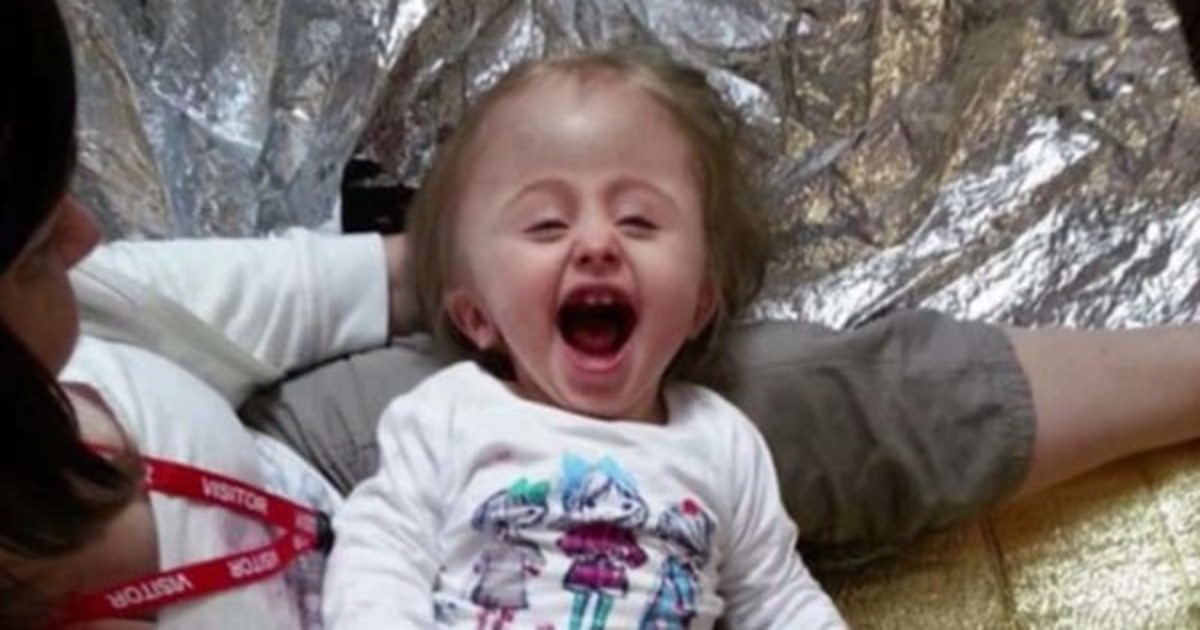 In 2011, Lydia Rankin dramatically entered the world. Her parents, Ruth and Paul, were shocked by how big their little girl’s head was at birth—and doctors had heartbreaking news for the couple. Their newborn girl had two rare brain conditions and needed to prepare to say goodbye.

In fact, brain doctors had already warned the couple. When Lydia’s mother, Ruth, was 20 weeks pregnant, she was recommended to have an abortion.

“The 20-week scan where we found out about the condition was just before Christmas. It was horrible,” Ruth told The Mirror.

But the couple declined to follow doctors’ advice and decided to fight. Lydia was born with both hydrocephalus—better known as water on the brain—and holoprosencephaly, where the forebrain fails to split into two hemispheres.

Now Lydia is 4 years old and against all odds, she is still fighting.

Lydia Rankin was born with hydrocephalus and her head alone weighed more than 11 pounds (5 kg). Doctors gave her parents, Paul and Ruth, the absolute worst orders: say goodbye to their little darling.

Lydia has a rare disorder called holoprosencephaly, which means that the two frontal lobes of her brain failed to split into two. Lydia also has hydrocephalus—better known as water on the brain, which causes liquid to collect in her brain, swelling her head.

“It has been a rollercoaster. We’ve been told three times in her life she was going to die but she’s a strong ox. She inspires all of us and her strength keeps us alive. She is our miracle,” Lydia’s mother, Ruth, told The Mirror.

Ruth is right—Lydia is a miracle. Doctors thought she’d only live a few months, but now she’s four years old.

“We live each day as it comes. We know she is going to be with us for a long time.”

For more about the family’s inspiring journey, watch this clip:

Miracles happen and Lydia is living proof. I hope that as many people as possible hear this family’s story, which is both inspiring and heartwarming. Please share if you think so, too!