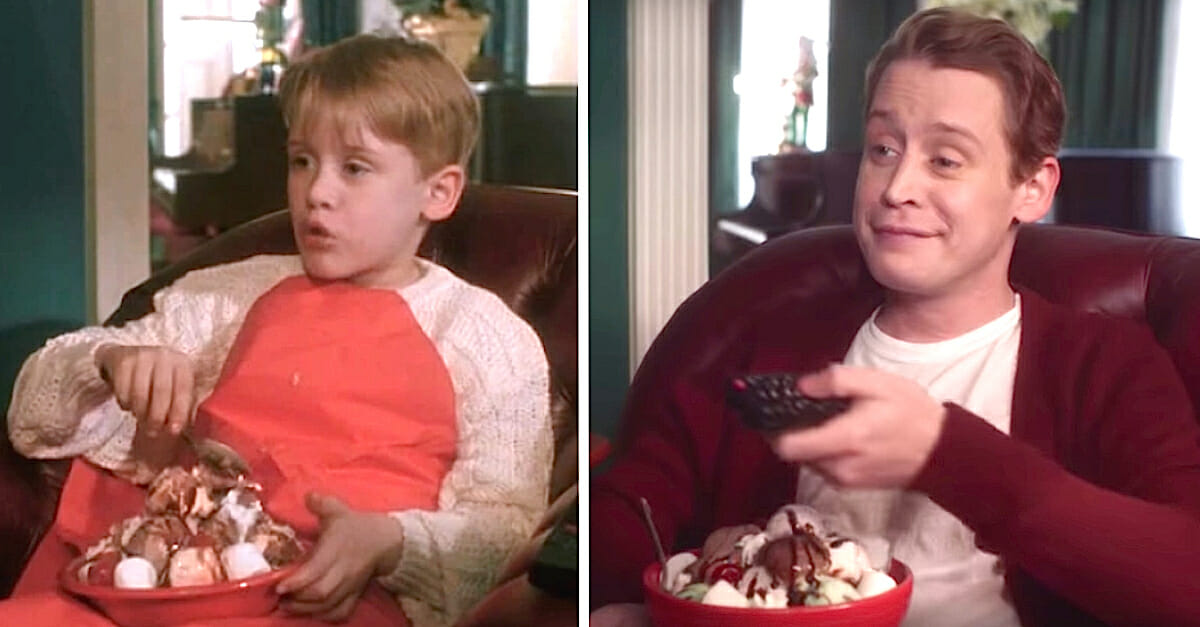 Unless you’ve spent each and every single Christmas of your life under a rock, you’ll know all about “Home Alone”.

Strange as it is to say, the festive blockbuster hit cinemas nearly thirty years ago, in 1990, and yet it remains a firm fan favourite every year.

Macaulay Culkin himself – who played loveable left behind Kevin McCallister as a child – is now 38-years-old, and has done his best to stay out of the spotlight following the franchise’s incredible success.

What’s the difference between @cameltoad and @nick_cohen_ ? Nick Cohen puts my clothes ON! Thanks for making me look good again, Nick! You're the best!

Which is why his latest stunt is causing a stir the world over. Having himself admitted that he hasn’t watched “Home Alone” in years, and that he aims to stay at home during holiday season to skip out on the crowds and the chaos, Culkin sent fans into overdrive this week.

Well, he took to his Twitter having been working on a top secret commercial.

He cryptically posted: “Have you ever wondered what Kevin McCallister is like as an adult? Me neither. But just in case you’re curious you should totally watch this.”

#heygoogle Have you ever wondered what Kevin McCallister is like as an adult?  Me neither. But just in case you’re curious you should totally watch this #ad pic.twitter.com/uO9qMPrUT3

He then shared a link to a video that’s steadily become a viral sensation online. In it, he revisits his famous “Home Alone” character Kevin, and appears to recreate some of the first film’s most iconic scenes.

This time Kevin might have Google Assistant to help him out, but it doesn’t make things any less entertaining.

What a great sport Macaulay Culkin is!

If “Home Alone” is one of your favorite all time Christmas moves, share this article!