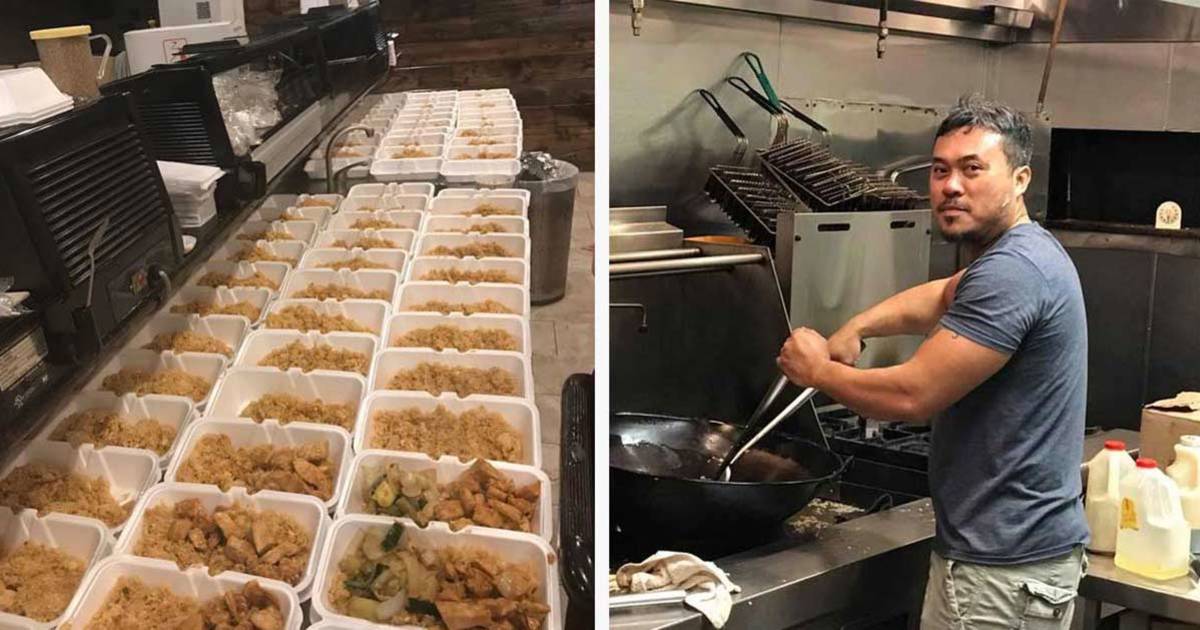 In August, we witnessed the devastating effects of Hurricane Harvey across Southern Texas — a force of nature that swept away everything in its path.

The hurricane took over 50 lives. It forced hundreds of thousands of people to flee their homes and demolished communities. And many people have been forced to start over from scratch.

It’s said that it will take years to rebuild the towns and areas that have been affected. But it’s in the hardest times that people have the opportunity to show their best side.

Ordinary people, volunteers, companies and non-profit organizations — they all came together in the aftermath of the hurricane to do everything in their power to help each other.

And Sake Sushi Bar and Lounge was no different.

When restaurant owners Phe Nguyen and Binh Nguyen in Port Arthur, Texas saw the disaster that was happening right in front of their eyes, there was no doubt that they wanted to lend a helping hand to their community.

So in this difficult time, they spent day and night at their restaurant, Sake Sushi Bar and Lounge, cooking — to try and provide hurricane victims with a delicious meal.

On one day alone, they managed to make thousands of food boxes!

Despite their enormous effort, the heroes didn’t receive any attention in the media.

This didn’t seem to bother the restaurant owners, though. It wasn’t like they were looking for any pats on the back.

Phe Nguyen’s son Keith, however, felt his father and co-workers deserved some sort of recognition. So he decided to speak out about their efforts in a Facebook post. Read it here:

Keith ended his post by saying, “If you’re ever in the area you should stop by and support these hard-working men, or even share their good deed on Facebook. They deserve it.”

But Keith had no idea what an impact the post would have. At the time of writing, it had been shared over 444,000 times and had received over a million interactions in total.

“Words cannot describe our gratitude and thanks for your great deed. We are all united!” one user wrote.

I think we should help share this story even further to pay tribute to this restaurant’s wonderful initiative. Talk about heroes!